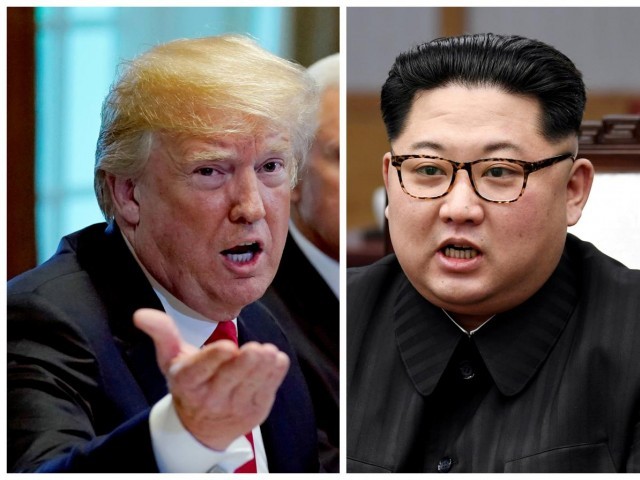 SEOUL: For almost three decades, successive US presidents, other world leaders and the United Nations have tried in vain to pressure or cajole North Korea into scrapping its nuclear weapons programme.

Now Donald Trump is set to meet its leader Kim Jong Un at an unprecedented summit on Tuesday in Singapore, in an attempt to reach a deal which eluded his predecessors.

Here is a look at previous efforts:

North Korea joined the nuclear non-proliferation treaty (NPT) in 1985 but suspicions grew that it was cheating on the deal. In 1989, US satellite photos revealed a nuclear reprocessing plant at Yongbyon. Four years later, Pyongyang announced its intention to quit the NPT, prompting a dialogue with Washington.

Under an agreement signed in October 1994 with the Clinton administration and dubbed the Agreed Framework, the North agreed to freeze and eventually dismantle existing nuclear plants, which could easily produce plutonium but which Pyongyang said were intended to produce electricity.

The US in return pledged alternative energy in the form of 500,000 tonnes of fuel oil a year, plus the construction by 2003 of two proliferation-resistant light-water reactors.

Several oil shipments were delivered late due to hostility to the deal among Republicans in Congress and work on the reactors was delayed for years. The pact finally broke down in 2002 when the US accused the North of running a secret uranium enrichment programme.

The six-party talks, which began in 2003, were hosted by China and also grouped North and South Korea, Russia, Japan and the United States. Several rounds of talks culminated in September 2005 with a wide-ranging agreement.

The North agreed to scrap its nuclear programme, rejoin the NPT and accept foreign nuclear monitors in exchange for food and energy aid– plus the eventual normalisation of relations with the US and a peace deal formally ending the Korean War.

But talks quickly hit a snag when the US imposed restrictions on a Macau bank suspected of laundering money for North Korea. In October 2006, Pyongyang staged its first nuclear test.

At a new round of talks in February 2007, members reached a deal for the North to freeze its nuclear programme in return for aid and the release of its funds in the Macau bank. Later that year, the North began shutting down its Yongbyon nuclear plant, removing thousands of fuel rods under the watch of US experts.

In 2008, Pyongyang handed Washington voluminous details of its nuclear programme and blew up the Yongbyon cooling tower in front of foreign media. The Bush administration eased sanctions and removed the North from its State Sponsors of Terrorism list.

But the two sides failed to agree procedures to verify disarmament and by the end of 2008, Pyongyang had restarted its programme and banned nuclear inspectors.

The last round of six-party talks was held in December 2008, and the North in 2009 staged a series of missile tests along with its second nuclear test. In 2010, it showed a visiting US expert a new uranium enrichment plant and light-water reactor at Yongbyon.

Under an agreement announced on February 29, 2012, the Obama administration offered substantial food aid in return for a moratorium on uranium enrichment and missile testing and the return of nuclear inspectors to Yongbyon, leading to a restart of the six-party talks.

Just 16 days later, the North announced plans for a satellite launch, which went ahead in April, and the deal fell apart.

To Malala’s delight, $3b pledged for girls education at G7