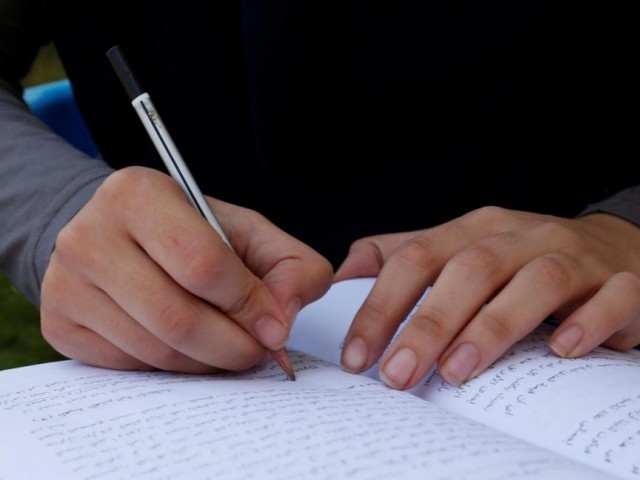 ISLAMABAD: The Higher Education Commission (HEC) has decided to review its plagiarism policy, weeks after the practice of self-plagiarism showed up within its top management.

“Yes we are revising the [plagiarism] policy,” HEC Executive Director (ED) Arshad Ali told The Express Tribune as multiple case of plagiarism emerged involving the commission’s former chairperson, executive director and a rector of the university.

Many senior academics had been blacklisted that included former HEC chairperson Javed Laghari and other senior professors. Laghari is still among the HEC-blacklisted academicians.

At present, the HEC has no clear policy about self-plagiarism. The ED has also termed the HEC’s Turnitin software to find similarities, not plagiarism. The same tool has been given to the universities by the HEC to detect plagiarism of students and academics.

The ED decided to review the policy after he also came under fire for allegedly having several papers plagiarised. Ali’s practice of plagiarism came to the fore in late 2017. However, he objected to the findings of the three committees formed one after the other, which found him plagiarising the research papers.

Ali claims innocence and terms the three committees formed by the then chairperson Mukhtar Ahmed as an effort to defame him.

A probe body in Comsats Institute of Information Technology (CIIT) on Friday cleared its rector Raheel Qamar of plagiarism charges. Multiple sources confirm that Qamar was targeted by the CIIT and some senior officials in the HEC for being part of the probe body against the ED. He has also appealed to the HEC to review the plagiarism policy especially that involves self-plagiarism.

Sources in the HEC have confirmed that the decision to amend the HEC plagiarism policy will require approval from the HEC’s governing body which is likely to meet after Eid holidays or by the end of June.

According to another source, the ED’s fate to continue in his office and the plagiarism policy is likely to be finalised after the arrival of new HEC chief Tariq Banuri following Eid holidays.

Banuri was appointed by the outgoing government of the Pakistan Muslim League-Nawaz (PML-N). He left for the US after working for two days in office to wind up his activities and projects in the University of Utah.

The previous HEC chief was also caught in self-plagiarism, following his exit from the office in April this year. A committee was formed to probe the charges against him but that has not proceeded further after the initial meeting.

Acting Director General of HEC’s Department of Learning Innovation (LI) Shaheen Khan was found guilty of plagiarism by the anti-plagiarism committee after she got her PhD in Political Science from the University of Karachi (KU) in 2009.
She is still holding her position in the HEC as the university was reluctant to declare her thesis plagiarised. Khan has been evading any action against her for the last eight years because of stay order from different courts. The new chief will also decide the fate of Shaheen Khan.

HEC’s former member and University of Haripur’s former vice chancellor Nasir Ali Khan was also found to have a plagiarised thesis of his PhD, and the University of Peshawar has yet to take action against his degree. His case was “found to be a case of major plagiarism.”