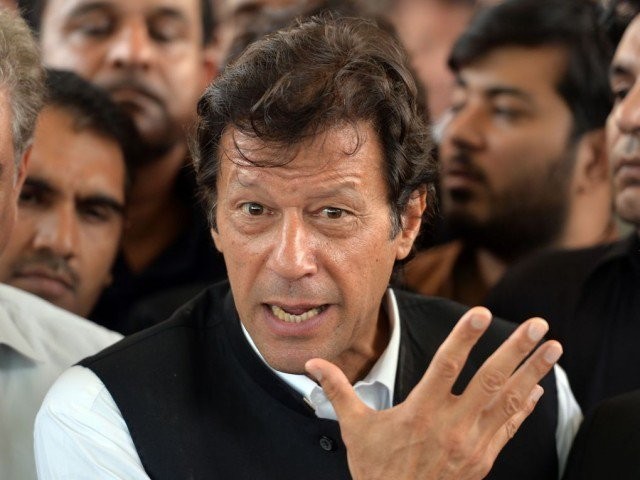 There are also some constituencies, which remain disputed over party tickets due to the presence of strong political parties in the fold. PHOTO: AFP

ISLAMABAD: Pakistan Tehreek-e-Insaf (PTI) has announced party candidates for majority of the National and provincial assembly constituencies for elections 2018 scheduled to be held on July 25.

PTI Chief Imran Khan said that all tickets have been decided on merit, adding that it was impossible to accommodate all ticket aspirants. He has advised unsuccessful candidates not to feel dejected and support him and PTI to materialize the dream of ‘Naya Pakistan’.

However, the party has left two constituencies each vacant from Rawalpindi and Gujrat due to a possible electoral alliance with Awami Muslim League led by Sheikh Rashid and Chaudhrys of Gujrat.  In addition to this, candidates for the two constituencies in Lodhran, which is the native city of Jehangir Khan Tareen have also not been announced yet. One constituency each from Lahore, Faisalabad and Multan also remain undecided.

There are also some constituencies, which remain disputed over party tickets due to the presence of strong political parties in the fold.  These fall in Chakwal, Jehlum, Gujranwala, Sargodha, Muzaffargarh, Okara, Chiniot, Bhakkar, Pakpattan, Layyah, Bahawalnagar, etc.

The party has announced candidates for 31 out of total 39 National Assembly seats in K-P while tickets have been given for 81 provincial assembly seats out of a total 99.

Constituencies for which the candidates are yet to be decided include one each from Swat, Shangla, Kohistan, Mansehra, Mardan, Charsada, Kohat, and Lakki Marwat.

K-P former chief minister Pervez Khattak and his son-in-law Imran Khattak will contest elections from Nowshera, while KP former speaker assembly Asad Qaiser is set to contest from Swabi. Former MNA Murad Saeed has also been given ticket while Ali Muhammad Khan and Sheharyar Afridi have been declined.

Imran Khan will contest for one of the three seats from Islamabad Capital Territory (ICT) with Asad Umar and Raja Khurram Nawaz contesting the remaining two.

With regards to Fata, PTI announced candidates for seven NA constituencies out of the total 11. Decision is yet to be taken on one each constituency in Kyber Agency, Kurrum Agency, North Waziristan and South Waziristan.