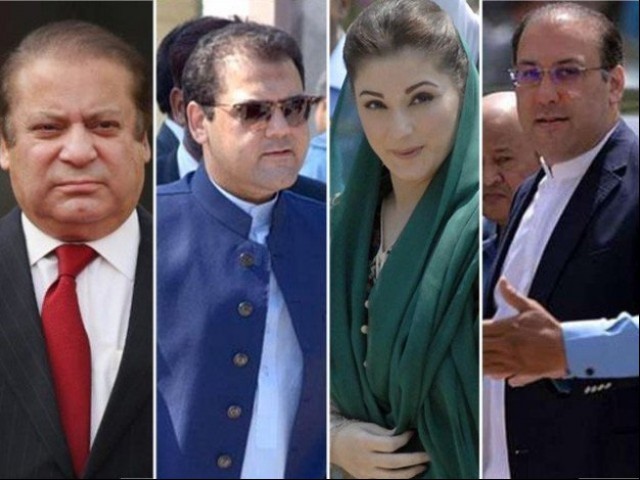 ISLAMABAD: The timeline for the conclusion of proceedings in the graft references against Sharif family members is going to end today (Saturday).

The references have been filed by NAB in view of July 28, 2017 judgment in the Panamagate case.

It is learnt that Islamabad accountability court hearing the corruption references against the Sharif family has sought a third extension from the apex court to conclude the proceedings.

Judge Muhammad Bashir has written to the top court on this account. However, the Supreme Court has yet to fix the matter for hearing.

Interestingly, both Justice Sheikh Azmat Saeed and Justice Ijaz ul Ahsan will not be available in Islamabad registry next week.

In May, the Supreme Court had granted a one-month extension, asking the court to conclude the proceedings by June 9.

With the deadline set to expire today, the court is yet to record statements of star NAB witness Wajid Zia in one reference (Flagship) and two IOs in the Al-Azizia & Hill Metal Establishment and Flagship references.

Once the statements are recorded, defence counsel Khawaja Haris would cross examine the witnesses.

Subsequently, the accused would record statements and produce witnesses. NAB and defence counsels would present arguments after.