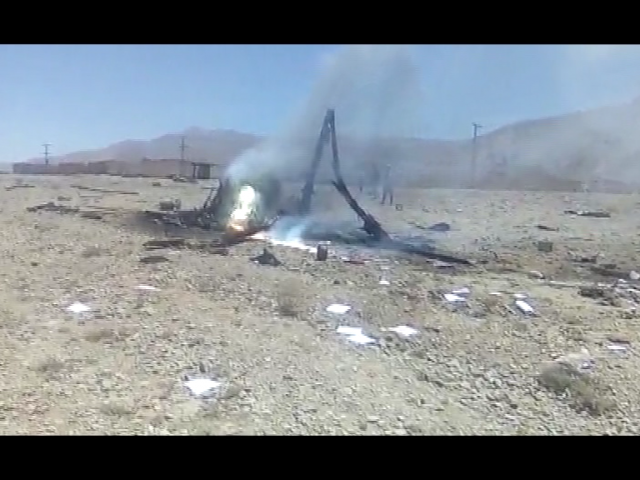 A Frontier Corps (FC) soldier was martyred on Thursday when an Army helicopter crash-landed on the outskirts of Quetta, said a statement by the Inter-Services Public Relations (ISPR).

The helicopter, on a medical evacuation sortie, was enroute to Quetta from Kohlu. The Army’s media wing added that the martyred soldier was injured and was being evacuated by the Army helicopter.

The two pilots remained safe during the crash landing, however, two crew members were also injured in the crash.

The Mashak aircraft had taken off from Wana field strip for Kohat. The crash took place due to a technical fault in the air-conditioning system and the engine of the plane, the ISPR had stated.