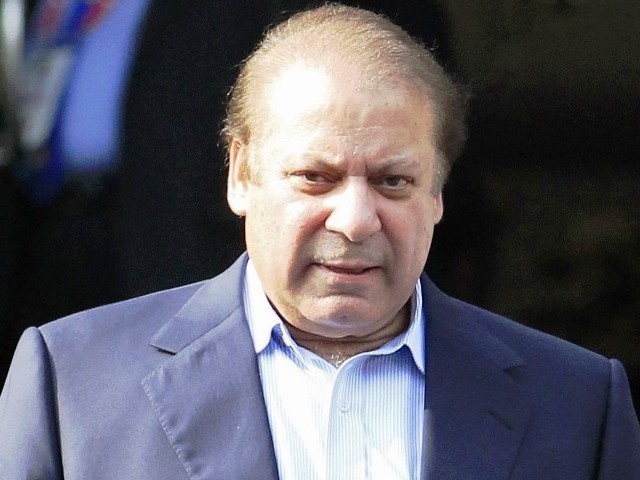 ISLAMABAD: The National Accountability Bureau (NAB)’s Additional Deputy Prosecutor General Sardar Muzaffar Abbasi said that the Sharif family had earlier taken a stance that they would produce money trail before a court of law but when they had the opportunity to put their words to action, they miserably failed.

The ADPG continued his final arguments in the Avenfield Apartments case on Wednesday. In his arguments, the NAB prosecutor said the accused did not justify the sources for acquisition of the London flats. Sardar argued that the prosecution’s job was to prove, and it proved, that the properties were in possession of the accused standing trial under section 9 (a) (v) of the National Accountability Ordinance (NAO).

The prosecutor continued that whatever sources the accused provided to the court have already been rebutted and proven ‘fake’ adding that the burden of proof is on accused now.

Abbasi said that the accused have admitted possession of the Avenfield apartments as it was their stance to have been paying the ground rent since 1993, adding that in Britain the ground rent is paid by the owner and not the tenant.

Referring to letters of the Qatari royal and final settlement of London flats in 2006, Abbasi said that the financial arrangement between deposed prime minister Sharif’s father Mian Muhammad Sharif and the royals has already been disapproved by the Joint Investigation Team (JIT).

NAB to probe Nawaz, Abbasi for ‘irregularities in award of LNG contract’

Abbasi said that Sharif’s sons Hussain and Hassan went to London in the early 1990s and resided in the Avenfield apartments in 1993 and 1994, respectively. He said the accused did not disclose ownership of the flats till 2006 until it was made mandatory by law to disclose the ownership of the properties.

While presenting arguments on Gulf Steel Mill, Abbasi said that it was owned by Mian Sharif while alleging that Tariq Shafi was his benamidar. He went on to explain that the former kept himself away from GSM due to ‘Foreign Assets Declaration Act, 1972.

Moreover, the prosecutor contended, JIT has already ‘proved’ that the agreement of April 14, 1980, related to 25% share sale is non-existent and therefore no question of 12 million AED arises or its investment with the Qatari royals. He added that even if the 1980s agreement is admitted, GSM had more liabilities than 12 million AED at that time but there is no proof of those 12 million dirhams being invested with the Arabs.

Abbasi would continue his final arguments in the Avenfield reference on Thursday.

Deposed Prime Minister Nawaz Sharif on Wednesday, alluding to the recent harassment of journalists, said ‘unknown forces’ are operating in the country and the situation needs to change for the betterment of Pakistan.

On June 5, journalist and anchorperson Gul Bukhari was on her way to appear in a TV show when her vehicle was intercepted in Lahore. She was later returned to her residence. In a separate incident, journalist and television anchorperson Asad Kharal was reportedly attacked by ‘masked men’ near Allama Iqbal International Airport.

Concerns about freedom of expression and press censorship have grown in the country as journalists continue to face challenges including physical assault, threats, illegal detention, arrest and at times murder. Nawaz also claimed that pre-poll rigging has begun in the country.

“It began when I was removed from the post of president of Pakistan Muslim League-Nawaz (PML-N). I was disqualified for life.”

“PML-N candidates weren’t permitted party tickets in the Senate elections. Has it ever happened before that the candidates are deprived of party tickets?” The deposed premier further said that suo motu notices are taken on ‘everything’ yet never taken on such issues.

Nawaz further said that progress and change are inevitable, and will take place soon. When asked regarding his summons in the Asghar Khan case, the former premier said he was waiting for Barrister Zafarullah Khan, and a decision will be made after consulting Khan.

Referring to the recent Reham-Imran scandal, Nawaz said that he only read of the scandal in newspapers and on social media.

Watermelons: Food for pharoahs, feast for a family of poor