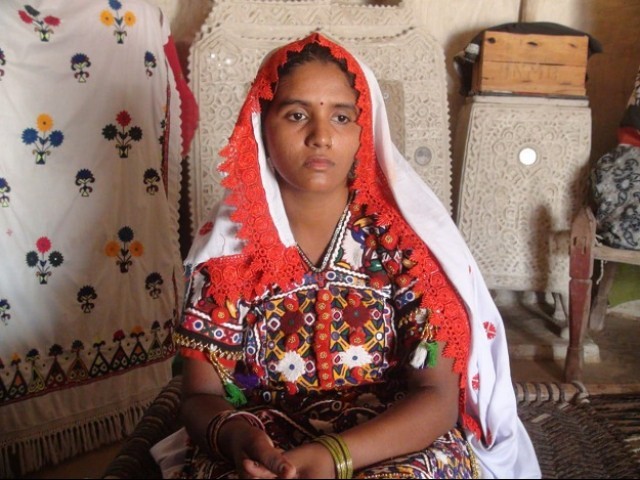 KARACHI: Breaking barriers, Sunita Parmar Menghwar is preparing to jolt the feudal-electoral system in Sindh by becoming the first woman to contest upcoming general elections against the feudal system in Tharparkar.

“Thari women are even ready to fight the lion,” Sunita told The Express Tribune after submitting her nomination papers as an independent candidate from PS-56.

The 30-year-old said she was compelled to contest elections after watching PPP and others fail to deliver in the province. “Issues such as drinking water, health and education have not been addressed by the local representative. I felt the urge to step up for our people.”

PPP works for the betterment of poor: Bilawal

Hailing from Memon Jo Tarr, Islamkot Taluka in Tharparkar, she revealed that until 2013 the area had been under the Arbab dynasty who consider women lesser beings. “Despite winning the seat in last general elections, Pakistan Peoples Party (PPP) candidate Maharaj Mahesh Malani has never visited the constituency to address the plight of the locals,” she claimed.

Sunita has received immense support from her family and the Menghwar community for the decision to contest elections. The community, with significant number of votes in the area, has aligned itself with the mother of three against feudal lords including Thakur, Maharaj and Arbab.

“The only main road in Thar was built by Engro because of the Thar Coal Plant. Our main source of transport remains donkeys,” she rued. “There are no roads while the infant mortality ration paints a grim picture.”

Recalling a derogatory statement made by former chief minister Arbab Ghulam Rahim terming women weak because they were afraid of ‘lizards’, Sunita said “gone are the days when the women of Thar were considered feeble. We do not lag behind, we will contribute equally to the society.”

Bilawal to contest from Larkana in upcoming elections

When asked about political pressure to withdraw her nomination, Sunita was adamant that she will not bow down.

According to Sajjid Bajeer, a local analyst, more than 70 per cent of the vote-bank included Menghwar, Bheel and Kohli communities. He added that no one had dared to challenge feudal contesting elections until now. “People from middle and lower-middle sections of the society have not only started speaking against the status quo but are leading charge to take over Thar,” he remarked.