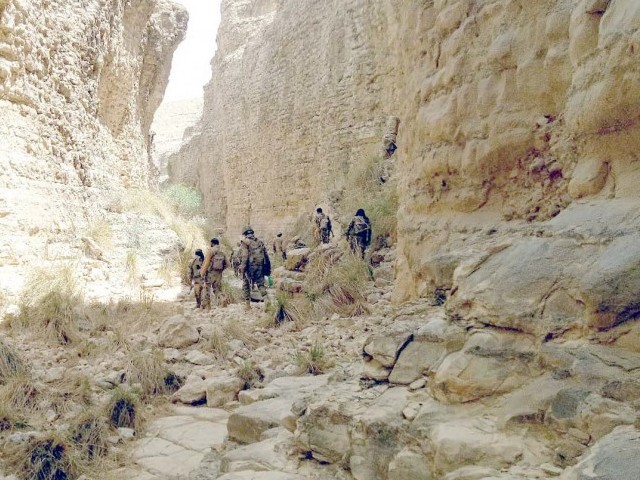 QUETTA: Three suspected militants, belonging to a banned militant outfit, were killed during heavy exchange of fire with security forces in the Kohlu area of Balochistan on Monday.

According to security officials, the Frontier Corps (FC) personnel launched a search operation on intelligence based information about presence of militants in the far-flung area of Kohlu district.

The FC personnel cordoned off the area and started the operation during which armed militants hiding in the area opened fire on them. The FC personnel immediately took positions and retaliated.

Heavy exchange of fire continued for at least two hours in which heavy weaponry was used. As a result of the gun battle, three suspected militants were killed and another was injured, who was arrested.

“Three alleged terrorists [were] killed and another arrested, who got injured in the gun battle,” said an FC spokesperson, adding that their hideouts were destroyed.

He said that the militants killed in the operation belonged to the banned Baloch Liberation Army.

He claimed that they were involved in the target killing of innocent people and attacks on security forces by planting landmines. They were also involved in kidnapping for ransom incidents.