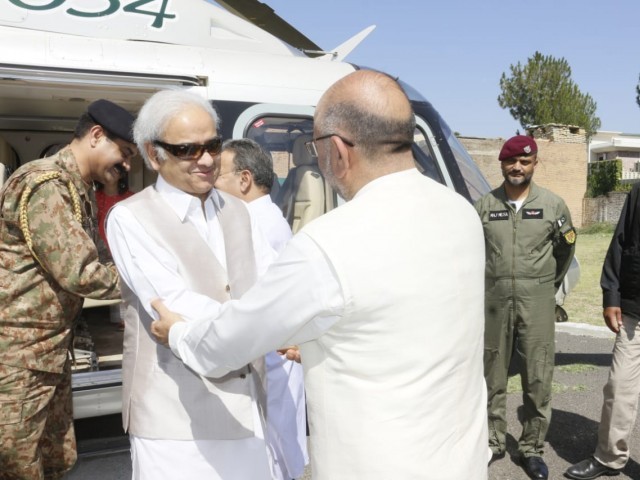 Shortly after the PM’s helicopter landed in Mingora, he headed to the graveyard to pay respect at his father’s resting place. He is scheduled to meet local leaders later today.

Speaking to media, PM Mulk said he will serve the nation in accordance with the powers bestowed to me for the next two months. He added that the country should run according to the Constitution of Pakistan.

Away from media glare, Mulk works on cabinet formation 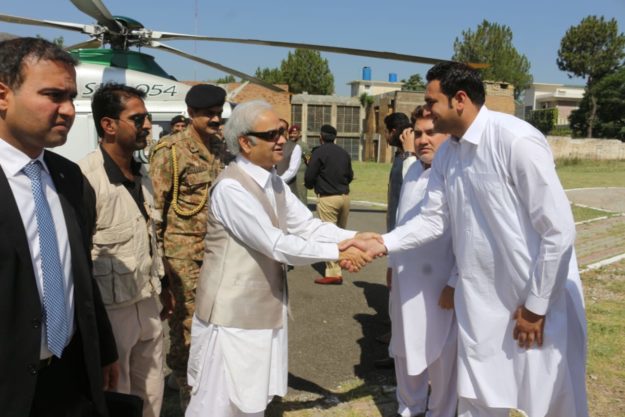 Amidst speculations regarding the possible candidates to be assigned ministerial portfolios in the interim cabinet, PM Mulk decided to spend the weekend in his hometown far away from the media glare.

While the official sources claim his visit comprises meeting people of the area, it is believed that PM Mulk will quietly hold consultations with his close aides to finalise the caretaker cabinet.

A source revealed to The Express Tribune that the retired judge was not fond of speculations, hence had decided to spend the weekend in Swat to avoid the hype surrounding formation of caretaker cabinet.

“The names of retired generals, bureaucrats, senior journalists and businessmen are being floated by respective lobbies in favour of their desired candidates,” said the source. “Rumours promoting the candidature of certain personalities for caretaker cabinet are rife on social media, which remain far from reality.”

Yet he did not rule out the possibility that the caretaker cabinet could be finalised quietly in Swat. However, he denied that the interim premier had personally approached former bureaucrats or held consultations as projected in some sections of media.

On Friday, he had hinted at a small cabinet. “We will try to keep the size of the cabinet as compact as possible,” the caretaker premier said in an informal conversation with journalists after assuming charge.

Premier Mulk asserted to exhaust all options for the conduct of free and fair elections. “Mark my words, the general elections would be held on time — we will perform our responsibilities with utmost diligence for which we are here,” he said.

Protest held in North Waziristan over killing of political muharrar