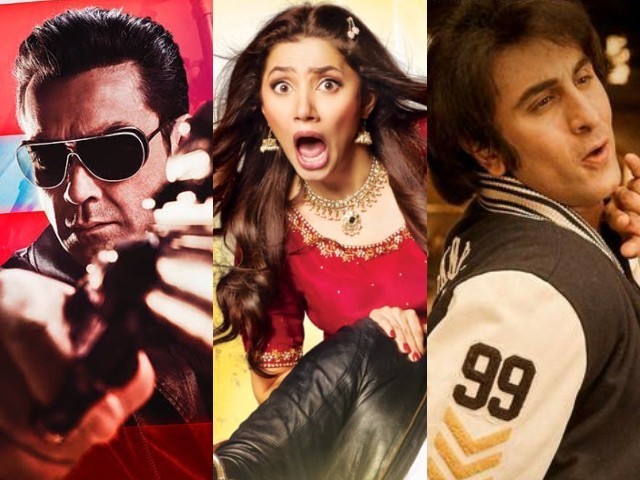 LAHORE: Last week, the Ministry of Information, Broadcasting, National History and Literary Heritage prohibited the screening of Indian films in Pakistan around the upcoming Eid holidays.

The moratorium period was to be observed starting from two days before Eidul Fitr and Eidul Azha, up until two weeks after. However, the decisions has now been reduced to just one week after the Eid holidays.

The initial decision was taken so as to promote the local films which are releasing on Eidul Fitr. These include Mahira Khan-starrer 7 Din Mohabbat In and Javed Sheikh’s Wajood. 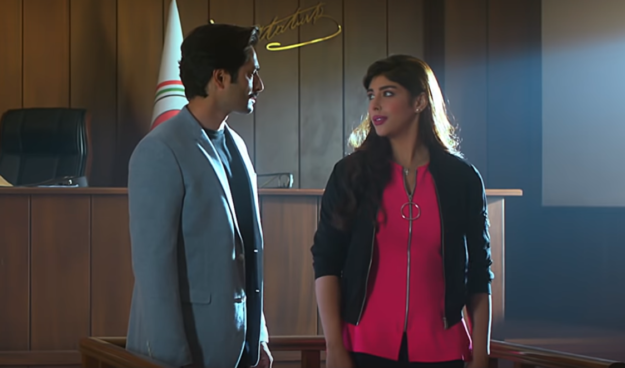 The recently revised notice states, “Keeping the importance of local film industry and exhibition facilities in mind, the government has decided that screening of Bollywood movies shall be restricted for a period of one week in total, starting from the Eid day. The decision has been taken to promote Pakistani film industry.” 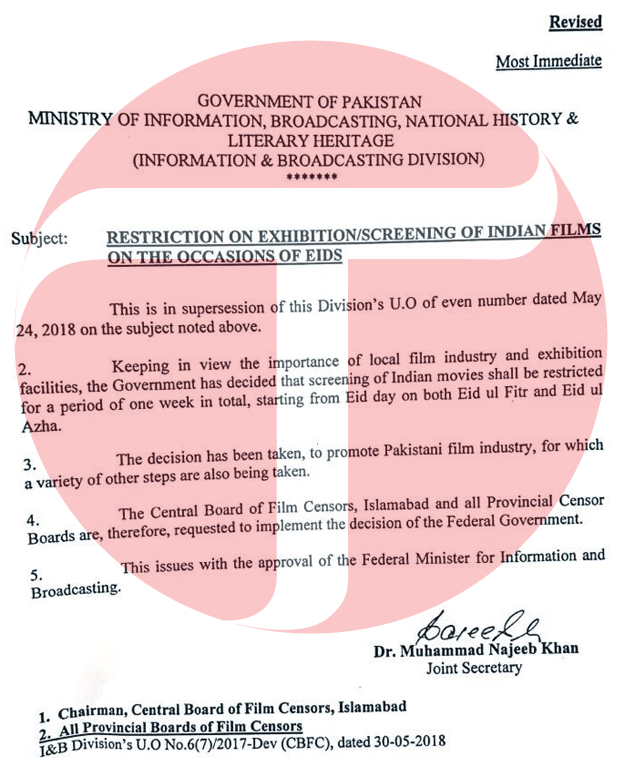 On behalf of the Ministry of Information Broadcasting, National History and Literary Heritage, the chairman of Central Board of Film Censors (CBFC) Danyal Gillani told IANS, “Keeping in view the importance of local film industry and exhibition facilities, the government has decided that screening of Indian films shall be restricted for a period of one week in total, starting from Eid day – on both Eidul Fitr and Eidul Azha.” 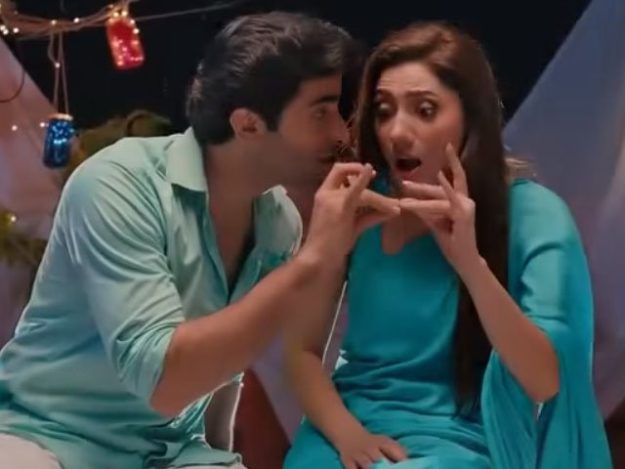 According to sources, the amendment came into effect due to an influential group in the cinema industry. Said group is responsible for screening of Bollywood films within Pakistan and forced the government to relax the ban to one week.

Speaking to The Express Tribune, chairman of Pakistan Film Distributors Association, Chaudhry Ejaz Kamran said, “The group has always been in power. They don’t understand that, because of this pressure, the welfare of local films will be affected. Distributors who purchased Pakistani films will be suffering now.”

Pakistani films will now face tough competition at the box office as Salman Khan’s Race 3 is now due to hit screens one week after Eid, along with Sanju, the much-awaited biopic of Sanjay Dutt.

A senior film distributor who wishes to stay anonymous explained that it takes around two weeks for a film to generate profit. “With the revised ban, Pakistani films will now have to generate most profit in one week’s time, which will affect the welfare of the local film industry,” he said. 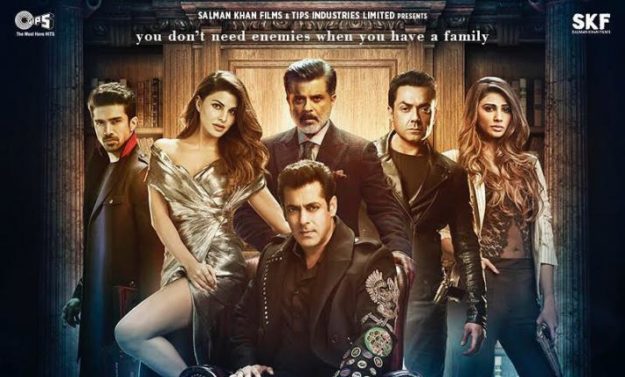 “Distributors who purchased Race 3 will be screening the film one week after Eid, which will disturb our financial interest the box office,” he added. “Pakistani film producers were happy when the ban was announced as they were planning to make more films from their Eid earnings. However, the revision has proved to be disappointing for them.”

‘Race 3’ and ‘Sanju’ to clash in Pakistan after Eid

According to the Indian film trade expert Girish Johar, the revision of the ban is “great news” for Salman fans in Pakistan. “I’m sure distributors in Pakistan would want Race 3 to come as early as possible after its Indian release,” he said.

Considering Salman has a huge fan following in the country, the upcoming action-comedy is sure to give local releases a run for their money, literally.