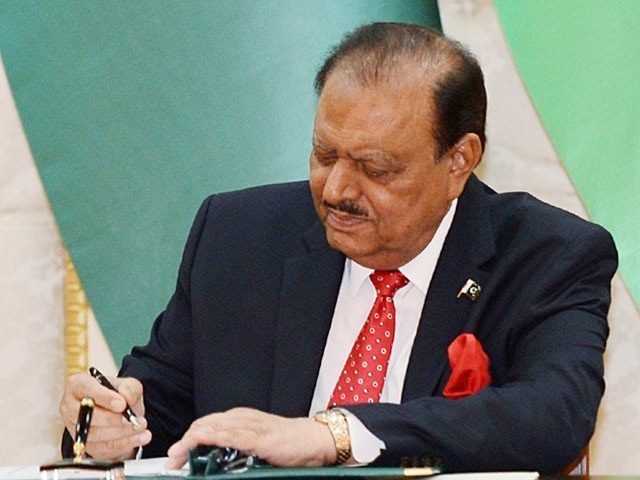 The move comes hours before the incumbent government is scheduled to end its five-year term. The bill, earlier approved by the Parliament and the provincial assembly of K-P, was signed at a special ceremony attended by K-P Governor Iqbal Zafar Jhagra, Special Advisor to the Prime Minister Sartaj Aziz, Barrister Zafarullah Khan and National Security Advisor Nasir Janjua.

Congratulating the tribesmen, President Mamnoon said the tribal areas will now have the same constitutional rights as any other part of Pakistan. “The doors of Fata’s prosperity and development have opened. The merger will bring stability in the region,” said the president.

After securing two-thirds majority from in both the Upper and Lower house, the bill was also passed by K-P Assembly on May 27 with 92-7 votes amid protests.

‘ECP warns against use of abusive language against opponents during electioneering’