Today is the last day for them to reach consen­sus or else parlia­mentar­y commit­tee will take up the issue
By Our Correspondent
Published: May 31, 2018
Tweet Email 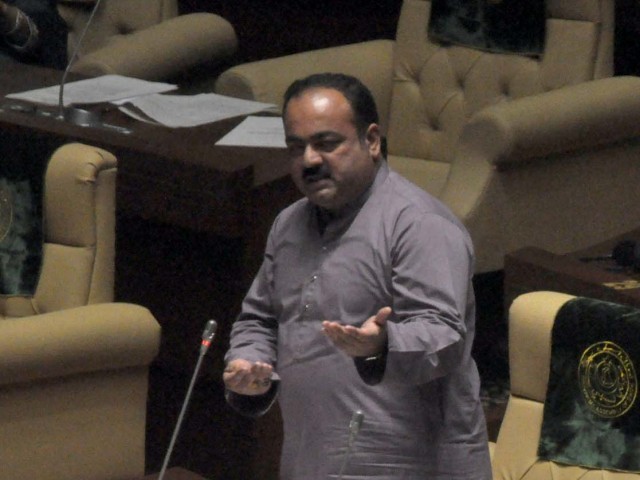 KARACHI: The issue of the caretaker Sindh chief minister could not be resolved on Wednesday as CM Murad Ali Shah and Leader of the Opposition Khawaja Izharul Hasan could not hold a meeting.

According to official sources, the two leaders are expected to meet today (Thursday), which is the last day for them to finalise the name for the caretaker CM. If they fail to do so, the matter will be referred to a parliamentary committee.

“As per the law, three days are fixed for negotiations between the CM and opposition leader to reach a consensus on the appointment of a caretaker CM. If they fail to do so, a parliamentary committee will be formed by the Sindh Assembly speaker, which will have to make the decision within three days,” sources in the law department said, adding that the Election Commission of Pakistan will be the final authority to decide the caretaker CM if the parliamentary committee also fails to reach a consensus.

The names of Justice (retd) Ghulam Sawar Korai, Engineer Hamir Soomro, Dr Younus Soormo, former chief secretary Ghulam Ali Pasha and Dr Qayoom Soomro, a PPP senator who also served as the adviser to the CM on religious affairs, have been forwarded by Murad for the post of caretaker CM.

On the other side, Hasan, after having consulted other opposition parties, has suggested the names of former home adviser Aftab Shaikh, former chief secretary Fazlur Rehman, Justice (retd) Amir Hani Muslim and former chief minister of Sindh Ghous Ali Shah.

In the meantime, Murad will continue as CM till the caretaker CM is announced.

FIA to initiate inquiry against former PPP MNA, his son