Israel said it target­ed some 65 'milita­nt' sites in the Gaza Strip
By AFP
Published: May 30, 2018
Tweet Email 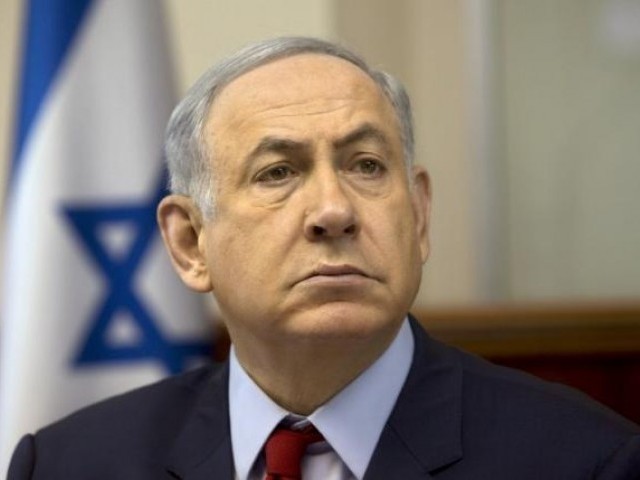 Israel said it targeted some 65 'militant' sites in the Gaza Strip. PHOTO: REUTERS

JERUSALEM: Prime Minister Benjamin Netanyahu said Wednesday Israel’s military had delivered the “harshest blow” in years to Gaza ‘militants’, in his first comments after the worst military flare-up since a 2014 war.

“Since yesterday, the army has responded forcefully to fire from the Gaza Strip with attacks against dozens of targets of terrorist organisations in the harshest blow that we have dealt them in years,” Netanyahu said at an event in Tel Aviv, according to his office.

“Those who are responsible for the escalation with the encouragement of Iran are the Hamas regime, Islamic Jihad and other terrorist organisations,” he added, referring to support Iran gives the two groups.

Islamic Jihad is the second most-powerful armed group in Gaza after Hamas, which runs the Palestinian enclave.

Calm returned to the Gaza Strip and nearby Israeli communities Wednesday after the exchange of fire on Tuesday that stretched into the night.

It began with a barrage of mortar fire from the Gaza Strip into Israel, resulting in a heavy Israeli response.

Israel said it targeted some 65 militant sites in the Gaza Strip. It also said around 100 rockets and mortars fired from Gaza either exploded in Israel or were intercepted by air defences.

Three Israeli soldiers were wounded. No casualties were reported in Gaza.