'Name and shame this man!', wrote the Raees actor
By Entertainment Desk
Published: May 30, 2018
Tweet Email 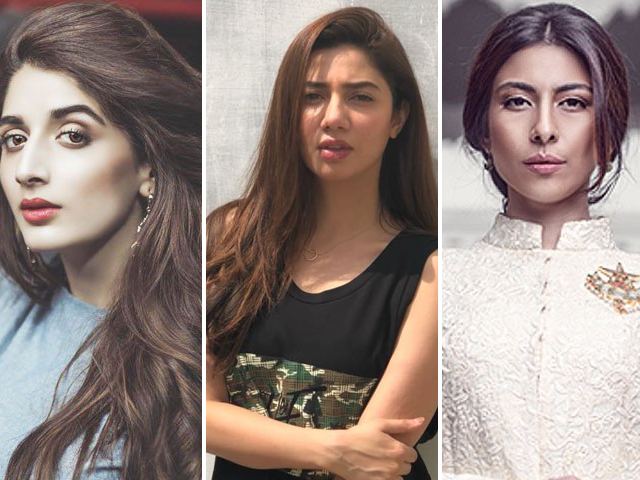 An invigilator was accused on Tuesday of harassing more than 80 female students appearing in their intermediate exams at Bahria College, Islamabad.

Saadat Bashir, who is a biology professor at Islamabad Model College for Boys, Sector H-9, had been sent by the Federal Board of Intermediate and Secondary Education (FBISE) to invigilate the exam ongoing for three days.

The students accused Bashir of inappropriately touching and passing salacious remarks at them during their Biology practical exam.

Invigilator accused of harassing ‘over 80 female students’ at Bahria College

One of the students posted on her Facebook account that she was groped twice by the examiner during her practical exam on May 24.

“He twice touched me inappropriately during the exams,” she said.

The student went on to add that the examiner had groped almost 80 students and passed sleazy comments at them.

Since then, 18 more students have come forward with testimonies, accusing Bashir of the same.

Confessions of the victims. 18 testimonies so far. pic.twitter.com/WdnfqpAtXS

Celebs like Mahira Khan, Meesha Shafi, Mawra Hocane have lent their support to name and shame the accused, demanding justice.

The Bol star wrote, “Name and shame this man!! Shame on Sadat Bashir!! Make an example out of him. May justice be served to all these brave girls and God knows how many before them.”

Name and shame this man!! Shame on #SadatBashir!! Make an example out of him. May justice be served to all these brave girls and God knows how many before them. https://t.co/SRyX41770Z

Hocane, too, is a Bahria College alumni, said she spoke to the relevant authorities, who reassured her that the action against the accused is underway.

My heart is broken, what happened to childhood ? I’ve studied from the same school & we used to be so safe. #BahriaCollegeIslamabad must take action against #SadatBashir #Timesup https://t.co/Mz55cevYbm
P.s Thankyou @itsmeeshashafi pic.twitter.com/vJ0tDkUgBi

Pakistan’s advocate for #MeToo, Shafi also voiced her thoughts on the matter.

The Aya Lariye singer was one of the first to address the issue, lauding Saba for sharing her horrific experience.

“All strength and power to this brave sister for sharing her disgusting and alarming experience. #BahriaCollege kindly take immediate action. We are all watching and we are all waiting!” she wrote.

All strength and power to this brave sister for sharing her disgusting and alarming experience. #BahriaCollege kindly take immediate action. We are all watching and we are all waiting! #TimesUp https://t.co/lMdAVm5Csz

Meanwhile, the college has lodged an official complaint to the board alleging harassment and misconduct on the part of the invigilator.“We have received a complaint today and are looking into it to dig out facts by holding an inquiry”, an official privy to the development told The Express Tribune.

On the contrary, Bashir denied the allegations, saying he had been mentally tortured and even threatened since the issue had gone viral.

“I might have bumped into someone in the lab where many students were performing dissection but that does not mean it was deliberate or I wanted to harass students”.

“I’m a struggling teacher with 12 years of experience and my family is in shock after this malicious campaign against me,” he claimed.

‘Veere Di Wedding’ banned in Pakistan due to vulgar content