Decisi­on taken a day after army reques­ted imposi­ng travel ban on him
By Qadeer Tanoli
Published: May 29, 2018
Tweet Email 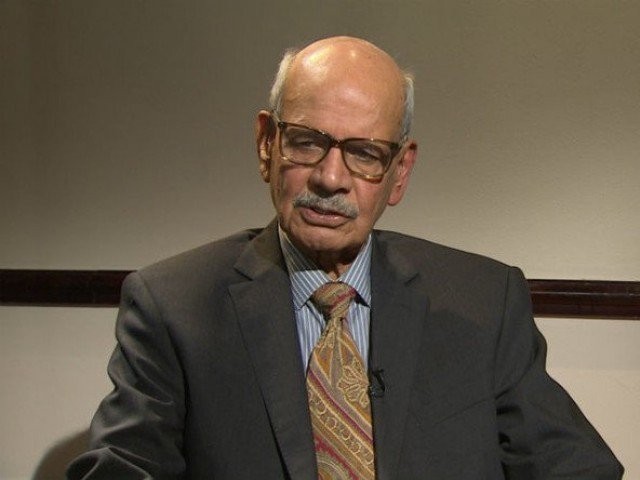 Gen Durrani went to GHQ to personally clarify his involvement in a book project that he co-authored with A S Dulat, former chief of Indian spy agency RAW. PHOTO: FILE

ISLAMABAD: The government on Tuesday placed the name of former Inter-Services Intelligence (ISI) chief Lt-Gen (retd) Asad Durrani on the Exit Control List (ECL) – a day after the army requested imposing travel ban on him.

On Monday, Durrani appeared at the General Headquarters to clarify his stance in The Spy Chronicles, co-authored by Amarjit Sindh Dulat, former chief of Indian spy agency Research and Analysis Wing (RAW).

The book launched last week in India, creating quite a stir locally with the deposed prime minister calling for a National Security Council (NSC) to discuss the matter. The Federal Investigation Agency (FIA) and other relevant authorities have been informed about the decision, stated a notification of the interior ministry.

“It has been decided to place the name of Lt Gen (retd) Muhammad Asad Durani on the Exit Control List under Section 2 of Exit from Pakistan (Control) Ordinance, 1981, on the recommendation of Military Intelligence Directorate Rawalpindi due to his involvement in an ongoing inquiry,” the notification read.

“All concerned are requested to take immediate action in the matter,” stated the notification.

According to sources in the relevant quarters, “This is an unprecedented move that the name of a lieutenant general has been placed on the no-fly list.” The two former spies have discussed in the book some of the thorny issues that have kept ties between Pakistan and India strained for decades.

The military is taking it as a potential violation of the “Military Code of Conduct”, which is applicable to all serving and retired military personnel. Section 55 of the Military Law, which relates to “conduct unbecoming of an officer” is considered to have a very wide scope. 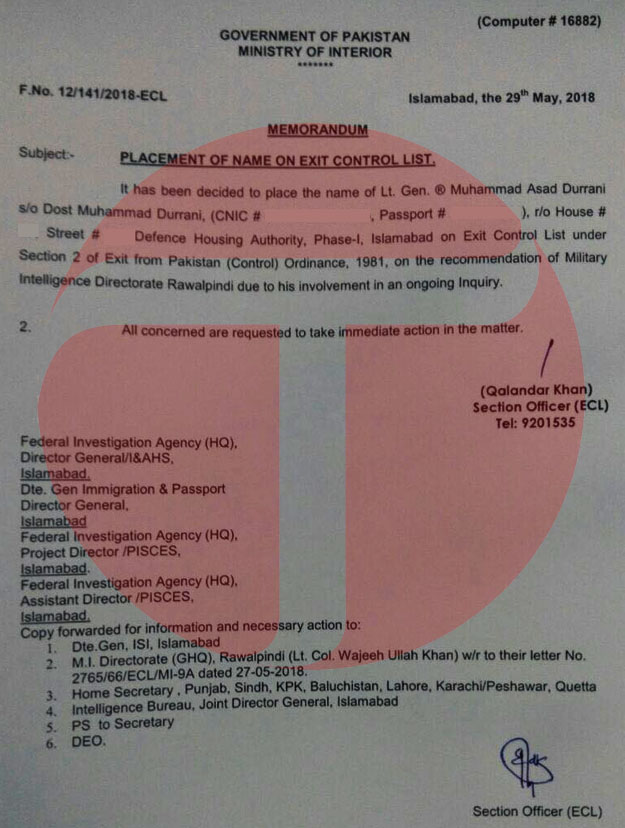