Upcomi­ng play, penned by Umera Ahmed, will questi­on the meanin­g of life
By Mahwash Ajaz
Published: May 29, 2018
Tweet Email 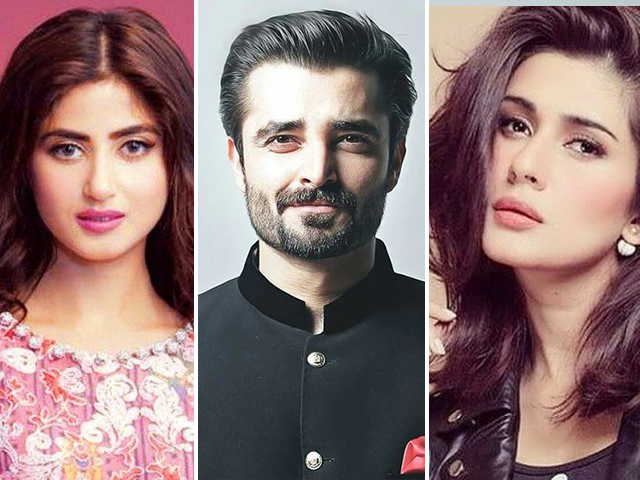 Alif will mark Ahmed’s return to TV after four long years, during which she wrote the screenplay for Baaghi, the Saba Qamar-starrer based on the life of the late Qandeel Baloch. She also lent her talents to Indian film 5 Rupya, which starred Shabana Azmi and was directed by Piyush Panjuani. The film was screened at the Dubai International Film Festival (DIFF) 2017 and Umera attended the event with its cast and crew as well.

Ahmed has partnered with Next Level Entertainment for the upcoming serial. Alif will be directed by Haseeb Hassan who has successful dramas such as Mann Mayal and Diyaar e Dil under his belt, as well as forthcoming Pakistani Air Force film Parwaaz Hai Junoon. Also returning from the Mann Mayal team will be composer Shuja Haider, who has developed the soundtrack for Alif.

Samina Humayun Saeed, who is spearheading the project, told The Express Tribune she is glad to be working on a project with Ahmed. “I am very happy to be producing a play written by Umera Ahmed as I have always loved her writing and wanted to do a project with her,” she said. “I’m very happy that I’m working on exactly the kind of project I wanted, now that we are collaborating with her. There’s no compromise on quality and the entire cast is the cream of the crop.”

But you can’t take the roots of her. #HeartRemainsHere

Fellow producer Sana Shahnawaz added, “I always try to work with subjects and ideas that haven’t been worked on before…Plays that have a strong message to them; plays that are different. We’ve tried to stay true to that and promote a positive message. I truly believe Alif will be a treat to watch for the audiences.”

Saeed has worked with Hassan before and spoke happily about the experience. “He’s one of my very favourites and Hamza, Sajal and Kubra are all fantastic performers.”

Shahnawaz divulged more about the premise of the play. “Without revealing too much, I can say that the word itself, ‘Alif’ is the core of many philosophies. It’s the first word of the alphabet and it has many answers hidden inside it,” she said. “That’s what the play will be about. Alif touches upon the questions you ask yourself; questions about life and what it means.”

She added, “I think Umera has written this play with all her heart. She’s an amazing writer and has really written a beautiful play that we can’t wait to share with the world. I’m also very excited to be working with Sajal, Hamza and Kubra. I have always loved their work.”

Filming for Alif is schedule to commence in June. The play is slated to hit television screens by September this year.

Captain America, Black Widow to have crucial roles in ‘Avengers 4’