True integr­ation requir­es the people of Fata to discar­d the yoke of Rewaj in favour of basic human rights­
By Hassan Niazi
Published: May 29, 2018
Tweet Email 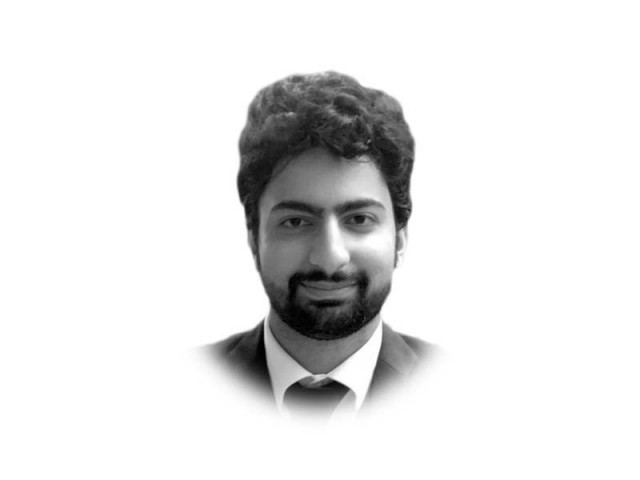 The writer is a lawyer based in Lahore and also teaches at the Lahore University of Management Sciences. He holds an LL M from New York University where he was a Hauser Global Scholar. He tweets @HNiaziii

There is a section of Pakistan composed of five million people that has been, at various instances in the past, called the most ‘dangerous place in the world.’ A region ruled through a system of administration that was largely unaccountable to the superior courts. Instead of the Constitution, and its guarantee of fundamental rights, coursing through to unify its legal system, Fata was administered through a colonial act known as the Frontier Crimes Regulations of 1901. A statute that to this day left the lives of five million people at the mercy of archaic customary practices steeped in patriarchy and tribal notions of collective punishment.

The FCR allowed for women to be considered property — to be bought and sold to quench tribal feuds; it allowed entire tribes to be punished for a wrong committed by one member; it gave primacy to the Rewaj (customs) of a tribe over the fundamental rights granted by the Constitution to the rest of the country. In short, the state of Pakistan left the people of Fata forgotten and convinced itself that it was too thorny a problem to deal with.

No amount of atonement can do justice to such neglect, but in a rare showing of national unity Pakistan’s political parties have come together to amend the Constitution and merge the ‘lawless’ Fata region with K-P. A first step in what should be a long road to penance. The people of Fata may discard the archaic jirgas and move towards the light, but before we get the fireworks going let’s not forget a simple fact: a constitutional amendment is not a magical instrument that will integrate the people of Fata into K-P with the satisfactory ‘click’ of a hard to find jigsaw piece. The constitutional amendment is only the first step towards a process of integration that really should have started when we introduced the 18th Amendment. We failed the people of Fata then, we cannot do the same this time.

True integration requires the people of Fata to discard the yoke of Rewaj in favour of basic human rights. This will not be a simple task, but it is a necessary one. Constitutional rights may suddenly be given to the people of Fata, but they will mean nothing if people still consider Rewaj to be the supreme law of the land. Jirgas will continue to be the preferred method of justice for the people of Fata unless we fix our broken court system which is plagued by delay and inequity. Women will continue to be invisible in Fata unless mechanisms are introduced to give them a voice that allows for their stories to be heard. We cannot let this historic moment fall flat on its face because we failed to appreciate the long and arduous process that is needed to create true integration. What the people of Fata need now is initiative and large-scale social reform to supplement the legal reforms that must come. The concept of liberty must be instilled in their hearts. Paper promises are worthless.

While we stare out into the horizon at the task ahead, please do take a moment to scribble down the names of Maulana Fazlur Rehman and Mahmood Khan Achakzai. Remember, for future reference while casting your ballot that they allowed their own self-interest to come in the way of national unity. Remember that they opposed the move to give the people of Fata their basic human rights. Remember that they could not think beyond the status quo that keeps them in power.

We are at the dawn of two historic moments for Pakistan: the merger of Fata and the elections of 2018. It is safe to say that hope is in the air. But we should not let hope blind us to the arguments that led the opponents of the merger to gain traction on an issue that really shouldn’t have taken us so long to deal with. It cannot take away from the intractable problems that we will have to overcome to achieve true integration for the people of Fata. It will take not just the state, but every citizen of Pakistan to surmount such odds. It requires us to proactively move to rebut arguments in favour of the jirga and the Rewaj; to give the invisible women of Fata a voice to be heard so that their stories can be told; to end our own long-standing prejudices towards the people of Fata. It requires a lot more hope and even more action.