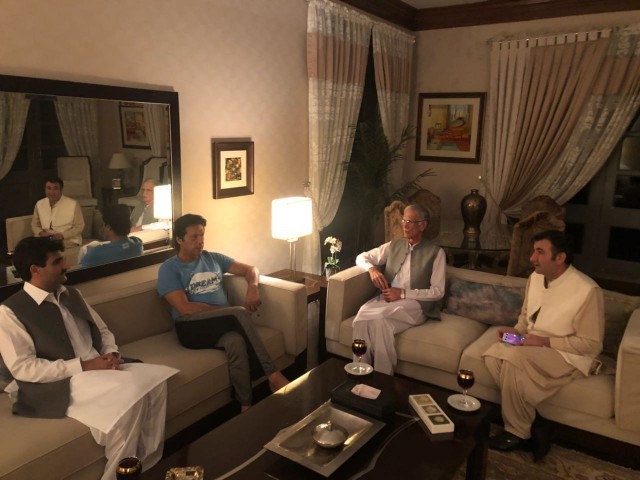 According to a press release issued by the party, the leaders discussed upcoming general elections during the meeting which was also attended by K-P Chief Minister Pervez Khattak.

Imran said his party’s top priority was to hold fair elections. “The caretaker government shall perform its duties without buckling under pressure and intervention,” he added.

On Saturday, PTI-led K-P government and the opposition reached a consensus on the name of Manzoor Afridi as caretaker chief minister.

Talking to media persons in Mardan, K-P Education Minister Atif Khan also confirmed that Afridi’s name had been finalised. “After detailed discussion, the government and the opposition reached consensus on Afridi who will be running the provincial government affairs during the caretaker set-up,” he added.

Manzoor Afridi hails from Khyber Agency’s Bara Tehsil and many of his family members are already in active politics. Currently, his uncle Ayub Afridi is representing the PTI in the Senate. Afridi is also the first cousin of Javed Afridi, owner of Peshawar Zalmi, former champions of Pakistan Super League (PSL).