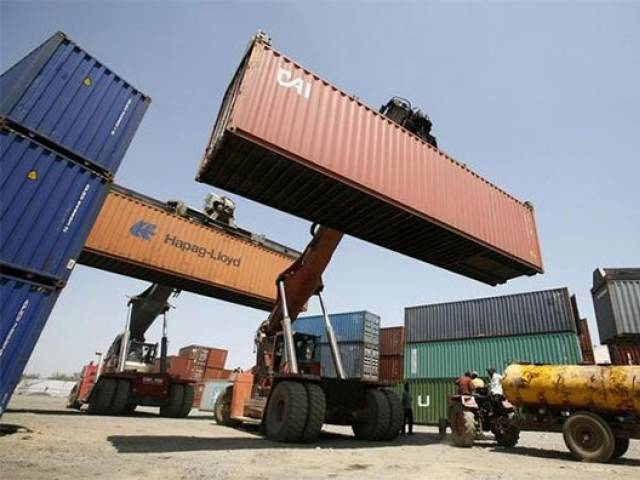 According to the World Bank’s Doing Business Report 2018, Pakistan stands at 171st place in the ranking for trading across borders. PHOTO: EXPRESS

KARACHI: In comparison with neighbouring India, Bangladesh and Sri Lanka, Pakistan’s cost of trading across border is the highest – a major concern pointed out by exporters that has contributed to the country’s unimpressive exports.

Pakistan has been facing immense pressure on its foreign exchange reserves, which are vanishing very fast and currently, the central bank’s reserves stand at slightly above $10 billion. The current account deficit for the first 10 months of FY18 is $14.03 billion. Pakistan exported goods and services worth $20.55 billion in July-April FY18 while imports reached $45.56 billion. The government has been making efforts to reduce the difference and has asked stakeholders to give their input.

In a report prepared by the Federation of Pakistan Chambers of Commerce and Industry (FPCCI), if a Pakistani exporter wants to export a standard container filled with goods, the person will have to spend $257 on documentary compliance and $406.4 on border compliance, totalling $663.4.

In order to comply with these two conditions, a Pakistani exporter requires a total of 130 hours – less than Bangladesh’s 246 hours and India’s 144.5 hours. However, a Sri Lankan exporter spends only 91 hours to meet the requirements.

According to the World Bank’s Doing Business Report 2018, Pakistan stands at 171st place in the ranking for trading across borders while Sri Lanka is ranked 86th, India 146th and Bangladesh 173rd.

The document also highlighted that Pakistan’s industry paid the highest electricity tariff in comparison with India and Bangladesh at 12 cents per kilowatt-hour. Indian industry receives electricity at seven cents and Bangladesh at nine cents. “These are gradually affecting our exports negatively. We must address these issues to help increase exports and compete effectively with competitors,” FPCCI Head of Research Ahmed Zaman told The Express Tribune.

The report also emphasised that the Trade Development Authority of Pakistan (TDAP) must establish an e-portal to facilitate Pakistan entrepreneurs, which must cover all business aspects for the promotion of trade and economic growth in the country. There should be a virtual showcase for Pakistan’s exportable products.