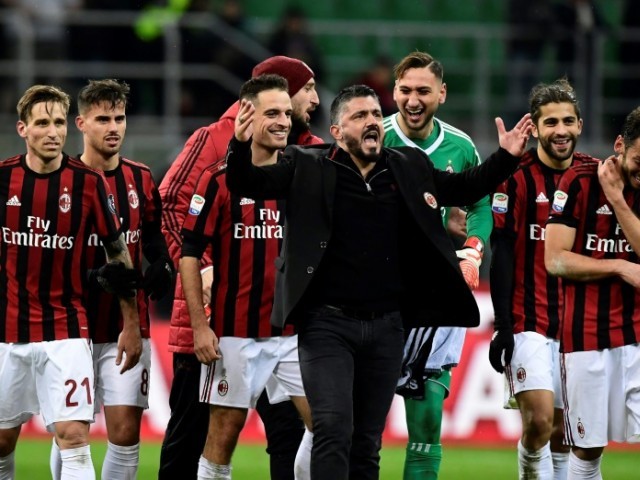 The club also spent more than 200 million euros on new players in the summer while UEFA’s decision is expected in “due course”, for AC Milan. PHOTO: AFP

UEFA is concerned over AC Milan’s stability after it was purchased by a Chinese-led consortium from Silvio Berlusconi for €740 million in April last year.

The club also spent more than 200 million euros on new players in the summer.

The seven-time European champions have a massive high interest loan of €300 million from US hedge fund Elliott Management.

“The UEFA Club Financial Control Body (CFCB) has decided to refer Italian club AC Milan to the Adjudicatory Chamber of the CFCB for breach of the Financial Fair Play regulations, in particular the break-even requirement,” a UEFA statement said.

It added: “There remains uncertainties in relation to the refinancing of the loan and the notes to be paid back in October 2018.”

Punishments can range from a limit on transfer spending as well as squad sizes, to possible exclusion from European competition, meaning AC Milan risk a ban from the Europa League next season.

“I hope that UEFA takes into account the fact we are a new ownership and that we are doing our best, but I think it is inevitable that we will face sanctions,” AC Milan’s managing director Marco Fassone said last month.

A decision is expected in “due course”, according to UEFA.