SantaF­e shooti­ng hits a raw nerve in Pakist­an, where the nation’s heart beats as one with Sabika Sheikh and her family­
By Ozer Khalid
Published: May 23, 2018
Tweet Email 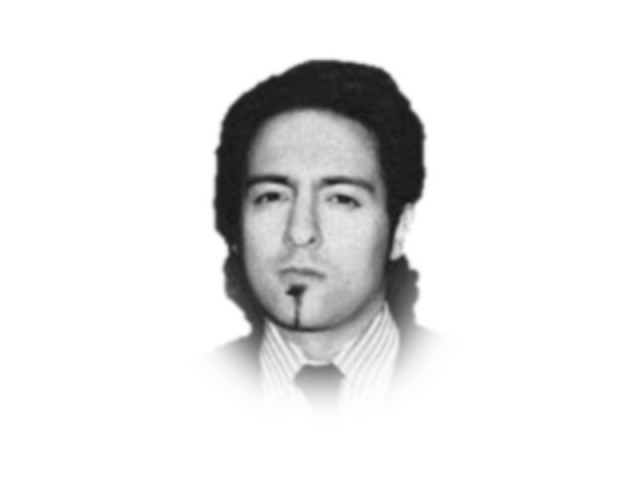 The writer is a senior development consultant and a counter-terrorism expert. He tweets @OzerKhalid and can be reached at ozzerkhalid@gmail.com

The grotesque gun massacre at Santa Fe, Texas high school, shocked the US, a country numbed by the regularity of school shootings. 2018 alone witnessed 22 school shootings in America. From Sandy Hook elementary school to the Parkland High School shooting, the US witnesses a self-inflicted sadistic social implosion, where Trump adds petrol to the fire, as an Alt-Right Neo-Nazi constituency takes control.

The Santa Fe shooting hits a raw nerve in Pakistan, where the nation’s heart beats as one with Sabika Sheikh and her family. Sabika was mercilessly gunned down during the senseless massacre. A truly gifted 17-year-old high-school student from Karachi, Sabika had aspirational dreams to join Pakistan’s foreign ministry. Yet gun violence robbed Sabika’s family of their darling daughter and countless other mourning families with an irreparable loss of life.

Sabika went to the US, a ‘land of hopes and dreams’, to learn. She returns in a bolted box. Protected in Pakistan she was killed in the US. Every drop of her precious blood and those of all Santa Fe victim are on the morally- stained hands of Trump’s depraved administration and the National Rifle Association (NRA).

Muslims are lazily labelled ‘terrorists’ yet white terrorist shooters get sickeningly shielded with duplicitous terms like ‘psychological lone wolf’. There is no doubt that the Santa Fe shooter would also be labelled as a ‘lone wolf’. Such double standards rampantly breed and amplify extremism. But such acts of indiscriminate violence are terrorism, plain and simple.

America sacrifices thousands of servicemen so people abroad reap the fruits of freedom, attain an education and get rid of gun-toting extremists. When exactly will the streets of the world’s ‘superpower’ be rid of the gun-thumping terrorists domestically?

The US, instead of wasting precious tax dollar money on ineffective never-ending foreign misadventures and war campaigns, from Niger to Afghanistan to Syria, is better advised to redeploy those troops back home, mount their own version of ‘Operation Radd-ul -Fasad’ to capture domestic terrorists, protect students, keep weapons in safe hands, secure their own streets and introduce campaign finance reform, especially restrictions on gun lobbies.

An example of this is that Trump vowed to challenge the NRA and the  Republicans in Congress by boosting school safety. Yet no restrictions on guns were imposed. Trump’s glaring hypocrisy was nakedly exposed as he U-turned on all his shallow promises and instead appeased the NRA (his financial backers) that their Second Amendment constitutional right (to bear arms) would “never ever be under siege as long as I am your president.”

In light of Sabika, Pakistan has every right, diplomatically, legally, politically, socially and ethically to demand America to ‘do more!’ Perhaps, Sabika is a beacon for a better brighter tomorrow. Let Sabika not be forgotten by next week. Let our collective amnesia not set in on Sabika by the next news cycle. Both in Pakistan and globally.