Pakist­an will be hostin­g its first SCO meetin­g
By Kamran Yousaf
Published: May 22, 2018
Tweet Email 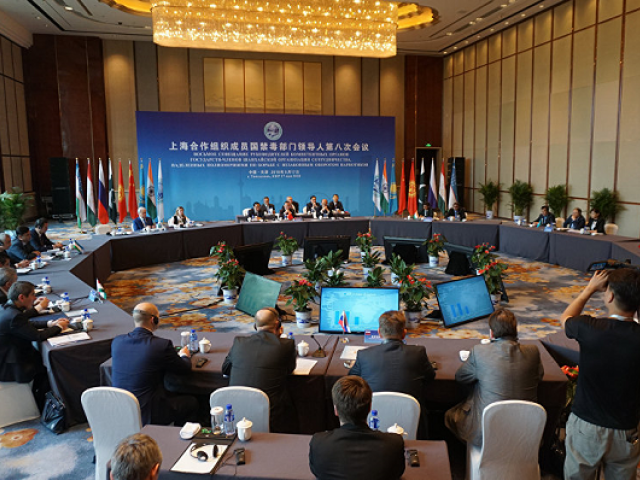 ISLAMABAD  : In a significant development, India will be sending its delegation to Pakistan to participate in the anti-terrorism conference being held in Islamabad, under the banner of the Shanghai Cooperation Organization (SCO).

India will be attending the regional conference despite recent tensions that have persisted between the two nuclear-armed neighbours.

Pakistan will be hosting its first SCO meeting, since the country became a member of the organisation in June 2017, according to a statement issued by the Foreign Office.

“The Government of Pakistan is pleased to welcome delegations from SCO member states to Islamabad,” said the FO.

Legal experts from the eight member states, namely China, Kazakhstan, Kyrgyzstan, India, Russia, Tajikistan, Uzbekistan and Pakistan, as well as representatives of the SCO-RATS Executive Committee will participate in the meeting.

The legal experts will discuss terrorist threats faced by the region and come up with ways and means to enhance counter-terrorism cooperation between SCO member-states.

The statement further stated that Pakistan is ready to share its experiences in tackling the menace of terrorism through the SCO-RATS.