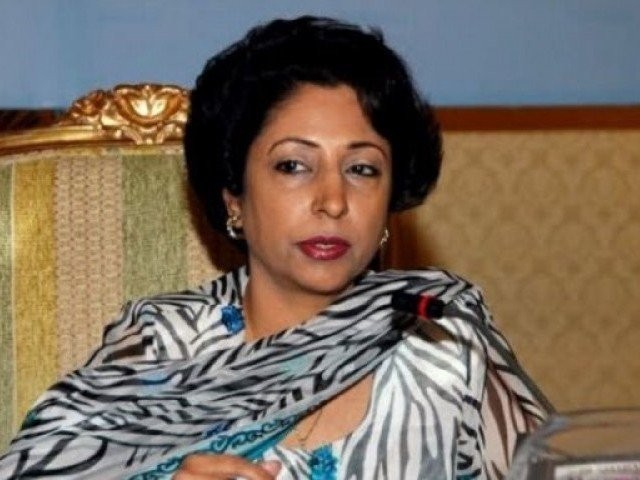 ISLAMABAD: The anxiously awaited name of the caretaker prime minister is expected to be announced today (Tuesday) as Prime Minister Shahid Khaqan Abbasi and Leader of Opposition in the National Assembly Khursheed Shah meet to discuss the key issue.

Even though both the government and the opposition are tightlipped on the matter and reluctant to share any details, names of Maleeha Lodhi, Tassaduq Hussain Jillani and Dr Ishrat Hussain have been doing the rounds as candidates who may be elevated to the coveted slot of the caretaker PM.

Next meeting on Tuesday: Impasse in Shah-Abbasi talks on caretaker PM

In interactions with journalists in the recent days, Shah has hinted at getting elevated a ‘female PM’, giving rise to speculations that Lodhi’s name may have been agreed upon.

Another female candidate whose name is under consideration is former governor of the State Bank of Pakistan (SBP) Shamshad Akhtar, the possibility of whose elevation cannot be ruled out either.

Abbasi and Shah met earlier on Friday but the conclave proved inconclusive as both sides failed to finalise a candidate before Abbasi left for Turkey to participate in the 7th Extraordinary Summit of OIC to discuss Israeli forces brutalities against Palestinians.

The PM and the leader of the opposition then decided to meet on Tuesday.

Official circles believe that Shah’s candid conversations with the media in which he claimed to give the ‘good news’ on Tuesday (today) indicate that an agreement may have been reached on the issue.

Since April 11, when Abbasi and Shah formally met for the first time to discuss the caretaker premier’s appointment, a number of names have remained under review.

Constitutionally, in case the PM fails to agree on a name for caretaker PM with the leader of opposition in the NA, the matter would land before the NA speaker who would form an eight-member parliamentary committee to take up the issue.

In case the committee also failed to develop consensus, the ECP would appoint a candidate as caretaker PM the way it did in 2013 when it appointed Mir Hazar Khan Khoso after the government and the opposition failed to agree on a candidate.

Given that the present government meets its term on May 31, Shah and Abbasi need to agree on a caretaker PM by the said date. In case an agreement is not reached between the two till May 31, the NA speakers’ committee will be obligated to make a choice within 48 hours i.e. no later than June 2.

If the committee fails to come up with a name for caretaker premier, the ECP will have another 48 hours to appoint the caretaker PM i.e. by June 4.

University of Gujrat holds seminar on importance of Ramazan