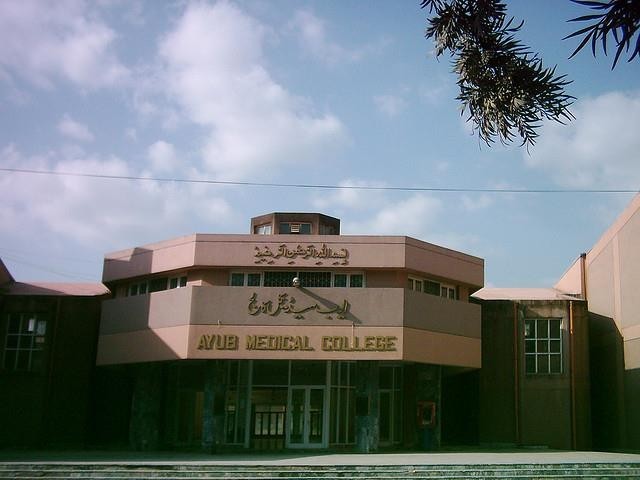 ABBOTTABAD: Hostels, library and lecture halls and other key buildings at the Ayub Medical College have undergone repair and renovation while a consultant has been hired to build a multi-storey Students Teachers Centre (STC) at the college.

This was stated by Ayub Medical College (AMC) Dean Professor Dr Azizun Nisa while sharing a performance report of the college for the past two years.

Dr Nisa said that all five hostels in AMC, including four for boys and one for girls, had been completely renovated at a cost of Rs40 million. The dean explained that the money, approved by AMC’s Board of Governors, saw the washrooms and kitchens of the hostels renovated owing to their dilapidated conditions. The main drain was also set up for the hostels to avoid flooding.

Moreover, NESPAK has been hired as a consultant for the construction of a double storey STC building consisting of a bank, a post office, a gymnasium, a daycare centre and a guest house.

Over the past two years, the dean said, the college administration had tried to concentrate on curricular as well as extra-curricular activities and established a department of medical education (DME) as per the requirements of the Pakistan Medical and Dental Council ( PMDC) and Khyber Medical University (KMU).

For this purpose, dedicated posts in DME were created by the board of governors (BoG) of AMC and people were being hired in the department. She added that the DME has been entrusted with the task of developing postgraduate and undergraduate education.

Further, she said that in collaboration with KMU Peshawar, a modular system of teaching was being developed with preliminary work in this regard has already begun. For this purpose, a modular development committee has been notified which includes all basic and clinical teaching faculty from all the departments participate.

Moreover, the dean said that a qualified procurement officer was appointed and a procurement committee was constituted to ensure transparent, timely and prudent procurement of equipment and furniture. A professional human resource manager was also hired while all the data is being computerised.

“Biometric system of attendance was started in July 2016, after the installation of electronic machines for various cadres. Gradual implementation was done with almost 100 per cent success despite the hindrances created by vested interest,” she said, adding, that attendance of teachers and students has been ensured with a side effect of improving pass percentage.

Commenting upon academic activities, Dr Nisa said that a number of international and national conferences, seminars and workshops were organised in the institution.

The AMC Journal was also recognised and indexed by Pubmed and PMDC.

While replying to a query, the dean stated that they have fully implemented the Medical Teaching Institution reforms act as per its spirit and constituted committees and subcommittees in accordance with the law.

She denied reports of corrupt practices in the institution and categorically stated that the BoG has already exonerated all the members of the purchase committee and end users for the purchase of equipment for the college.