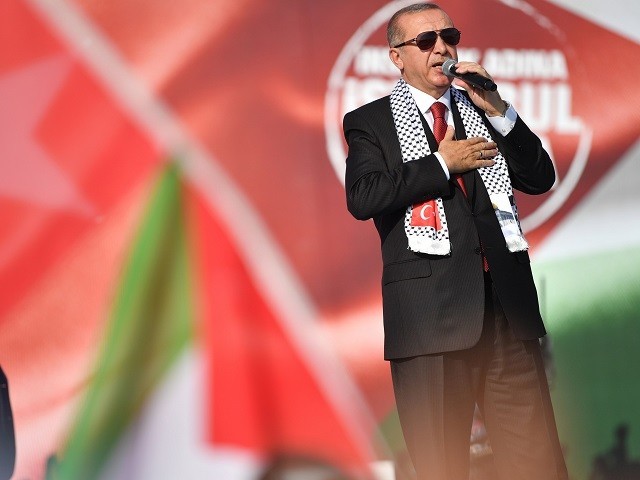 ISTANBUL: Turkish President Recep Tayyip Erdogan on Friday hosts Muslim leaders for an Istanbul summit to condemn Israel over the killing of Gaza protesters, seeking to bridge divisions with the Islamic world and issue a strong message.

Pakistan has called for an independent and transparent investigation of violence in Gaza. While condemning the human rights violations by the occupying Israeli force, PM Abbasi is likely to reiterate support of the people and Government of Pakistan for the establishment of a viable, independent and contiguous state of Palestine. 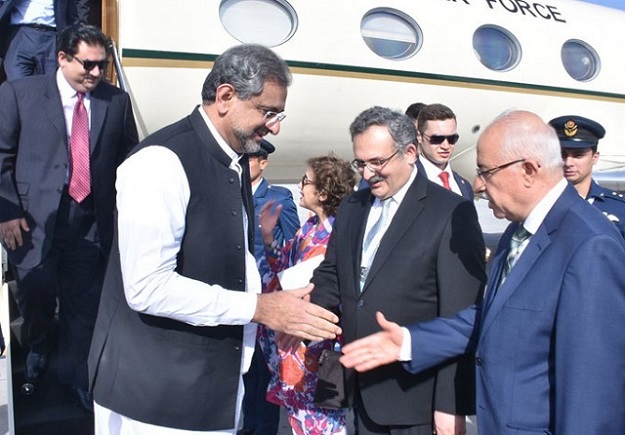 Erdogan has reacted with unbridled fury to the killing by Israeli forces on Monday of 60 Palestinians on the Gaza border, accusing Israel of “genocide” and being run as an “apartheid state”.

Meanwhile, thousands of people massed in Istanbul for a rally called by the Turkish president to show solidarity with the Palestinians and condemn Israel after its deadly shootings of Gaza protesters, an AFP correspondent said.

Large crowds thronged the massive Yenikapi meeting area on the shores of the sea of Marmara under the slogan “Curse the oppression, support Jerusalem”, ahead of an address by Erdogan.

The rally came hours ahead of an extraordinary summit meeting of the Organisation of Islamic Cooperation (OIC) also called by Erdogan to denounce Israel’s actions and the moving of the US embassy for Israel from Tel Aviv to Jerusalem. 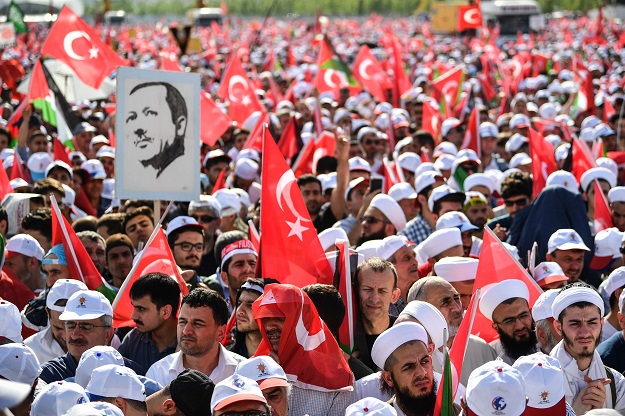 Crowd members look on as they attend a protest rally in Istanbul on May 18, 2018. PHOTO: AFP

Demonstrators held Palestinian and Turkish flags and brandished slogans like “Jerusalem is our red line”.

Some of the leaders and ministers set to attend the summit were present at the rally, including Palestinian prime minister Rami Hamdallah.

“We are calling on the world and say ‘Israel, America and Zionism, you all dragged humanity into chaos’,” said protestor Levent Ayaz.

“With God’s permission, Jerusalem belongs to us and is the capital of Islam as long as this ummah (Islamic community) exists,” he added.

“There is no political view here, there is no right, there’s no left,” said fellow demonstrator Recep Kerven. 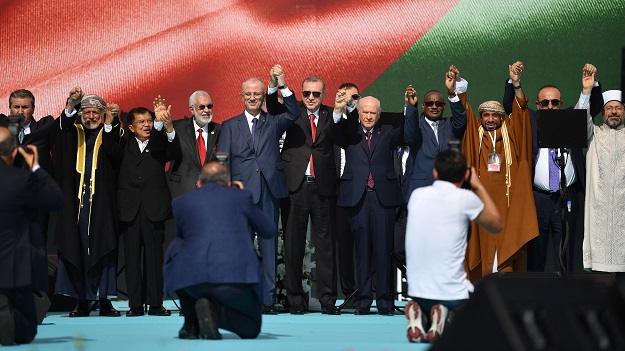 Erdogan poses with Palestinian PM Rami Al Hamdallah and others as they greet the crowd during a protest rally in Istanbul on May 18, 2018. PHOTO: AFP

“The only reason we are here is to support our (Palestinian) brothers. That’s a message delivered to the entire world.”

Erdogan already staged an extraordinary meeting of the OIC in December last year to denounce US President Donald Trump’s decision to recognise Jerusalem as the capital of Israel.

“We must give the toughest response … to the crime against humanity committed by Israel,” Foreign Minister Mevlut Cavusoglu told a meeting of OIC foreign ministers ahead of the summit.

A draft communique prepared for the summit calls for “international protection for the Palestinian people” and condemns Israel’s “criminal” actions against “unarmed civilians”.

The text also accuses the US administration of “encouraging the crimes of Israel” and condemns the move of the US embassy from Tel Aviv to the contested holy city of Jerusalem, according to participants in the summit.

However, as in 2017, disputes between the OIC’s key players — notably between Saudi Arabia and Iran — may prevent the adoption of any measures going beyond harsh rhetoric.

Riyadh — which appears to have softened its stance on Israel as the influence of powerful Crown Prince Mohammed bin Salman has grown — and its allies fear alienating the United States with tough measures against Tel Aviv.

Saudi’s chief foreign policy preoccupation, shared with Israel, is ensuring US backing to contain Iran which both Riyadh and the Jewish state see as the main threat to regional peace.

Egypt and Saudi Arabia distrust Turkey’s support for Islamist movements like the Muslim Brotherhood and Hamas, complicating any effort to take concrete measures against Israel.

Cavusoglu also said some OIC member states’ failure to show enough support for the Palestinian cause “upsets us”.

Israel accused Gaza’s rulers Hamas of using the protests to carry out attacks and exploiting the Palestinian population.

After declaring his intention to hold the event only on Monday, Erdogan has managed to build up an impressive guest list at short notice.

Jordanian King Abdullah II will be present although the Palestinians will be represented by prime minister Rami Hamdallah and not president Mahmud Abbas who this week had surgery on his ear.

Egyptian Foreign Minister Sameh Shoukry and Saudi counterpart Adel al-Jubeir will be at the Istanbul summit but not their heads of state.

Iranian President Hassan Rouhani will attend, state media said, and overcoming the enmity between Tehran and Riyadh will be crucial for the Turkish hosts.

As in the November 2017 meeting, a controversial guest will be Sudanese President Omar al-Bashir, who is wanted on charges of genocide and war crimes by the International Criminal Court (ICC).

Erdogan has long craved a role as a Muslim leader within the entire Islamic world, rarely holding back with tirades against Israel even though Ankara has diplomatic relations with the Jewish state.

Tensions with Israel and hosting such a meeting also does Erdogan no harm with his core supporters as Turkey heads to presidential and parliamentary polls on June 24.

In a diplomatic crisis threatening a 2016 deal that allowed the resumption of full ties, Turkey has ordered the Israeli ambassador to leave for an unspecified period of time over the killings.