Offici­als point out PM Abbasi wants the decisi­on to be left to the new govern­ment
By Shahbaz Rana
Published: May 18, 2018
Tweet Email 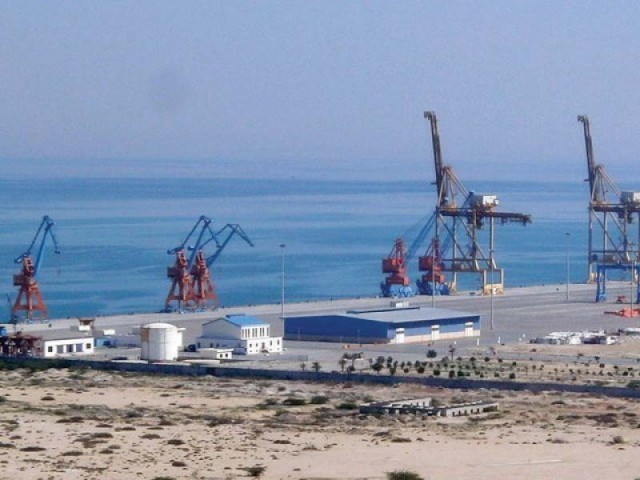 In April 2015, the ECC decided to extend the tax holiday for Gwadar Port and the Gwadar Port free zone from 20 years to 23 years on an understanding that the 23-year period will come into effect from 2007. PHOTO: FILE

ISLAMABAD: The government on Thursday deferred a move to give more sweeping tax concessions to Chinese operators of Gwadar Port and its free zone amid Beijing’s reservations that Islamabad was not honouring the promise of 23-year tax holiday for the port in true spirit.

Prime Minister Shahid Khaqan Abbasi put off approval of a summary that the Ministry of Maritime Affairs tabled in the Economic Coordination Committee (ECC) of the cabinet for necessary exemptions for Gwadar Port and the Gwadar Free Zone.

The ECC constituted a committee to remove any anomalies in the proposed amendments to the Gwadar Port Concession Agreement, according to a statement issued by the Prime Minister’s Office after the ECC meeting.

The decision to defer concessions would also save the Federal Board of Revenue (FBR) as it has already tabled the amended Finance Bill 2018 in the National Assembly. More tax concessions to the Chinese will require further amendments to the bill.

The maritime ministry informed the ECC that Chinese operators of Gwadar Port were facing problems due to ambiguity in rules and laws about the nature of tax exemptions.

Three years ago, Pakistan had approved a 23-year tax holiday for the China-run Gwadar Port in an attempt to make the deep-sea Arabian port a hub of commercial activities.

The original Gwadar Port Concession Agreement was signed between the Gwadar Port Authority and Port of Singapore Authority, which the ECC approved in 2007. In February 2013, China Overseas Ports Holding Company Limited (COPHCL) took over operations of the port from the Singaporean company.

However, COPHCL contends that tax exemptions Pakistan has so far given are not “in true spirit of the tax holiday”, said officials who have been engaged with Chinese officials.

In April 2015, the ECC decided to extend the tax holiday for Gwadar Port and the Gwadar Port Free Zone from 20 years to 23 years on an understanding that the 23-year period will come into effect from 2007.

But China has now demanded that the tax holiday should be applied from 2013 instead of 2007. This would allow Chinese firms to enjoy tax-free status till 2036, even beyond the scope of China-Pakistan Long-Term Plan of CPEC that will end in 2030.

Earlier, the three-year extension had been given on the request of COPHCL.

Gwadar Port is described as the most significant strategic pearl in China’s plan of expanding its influence in the Arabian Sea – a move that India sees as a threat to its hegemonic designs.

Industrial units to be set up in the Gwadar Free Zone, being established over an area of 46,000 acres, are already entitled to the tax holiday.

However, now COPHCL has demanded that the SROs issued to give effect to these exemptions should be “notified in proper perspective as negotiated by COPHCL while negotiating the Gwadar Port Free Zone Lease Deed, which was signed during the visit of Chinese president in April 2015.”

The Chinese company has also demanded exemption from income tax on interests that Chinese lenders will earn by giving loans for port operations, according to FBR officials. They said the FBR was not keen to give that concession.

Sources said PM Abbasi wanted the decision on further concessions to be left to the new government. The FBR was of the view that in order to give legal cover to the concessions, amendments would be required in the Income Tax Ordinance, which can be done next year.

The Chinese have also sought sales tax and customs duty exemption for the supply of diesel, petrol and other petroleum products for 40 years.

It has already got customs duty exemption for all businesses to be established in the Gwadar Free Zone. COPHCL now wants to set up a duty-free shop in the zone.