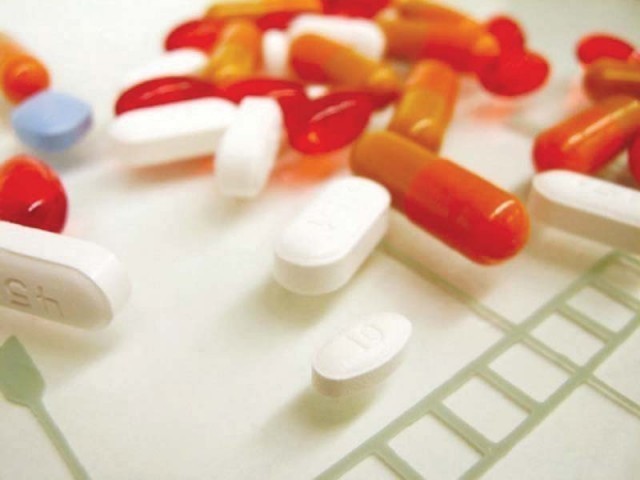 ISLAMABAD: Drug Regulatory Authority of Pakistan (DRAP) has expressed concern over conflicting judgments by different high courts regarding the prices of medicines.

The authority has also complained about obtaining interim injunctive orders by manufacturers and importers in their favour.

DRAP has submitted a report in a suo motu case regarding the fixation of medicines prices, which states that in spite of the clear law, the manufacturers and importers have filed civil suits before the Sindh High Court and courts of civil judges at Lahore and Islamabad in their plenary civil jurisdiction.

It also states that the civil suits filed are not permissible under section 39 of Drugs ACT 1976. However, they succeeded to obtain interim injunctive orders in their favour.

It is also submitted that matters relating to licensing, registration, import export, quality control and fixation of prices of the drugs etc comes under the ambit of DRAP headquarters at Islamabad. Likewise, the meetings with the pharmaceutical manufacturers/importers were also convened at Islamabad. Therefore, only the Islamabad High Court has jurisdiction in the matter. No other civil court or high court can assume the jurisdiction.

The DRAP told the SC that pendency of different litigations on the subject before the different courts in different jurisdiction may cause conflicting views/ judgments and it is in the interest of justice that this question may be addressed once and for all.

The report states that in view of SC’s February 28 order, the notice was issued to pharmaceutical concerns. DPC held five meetings (11 days) during March / April 2018 and heard representatives and counsels of 205 concerns who appeared in response to the notice.

It has decided all pending hardship cases, price fixation cases, anomalies other price fixation cases and price reduction cases in accordance with provisions of the Drug Pricing Policy 2015. According to the summary, the DPC has considered 1,996 cases of different nature, wherein 984 have been rejected or disposed of and Maximum Retail Price (MRPs) have been recommended in 841 cases. Similarly, the DPC has also recommended the reduction in MRPs in 89 cases.

It is submitted that four rounds of consultative meetings with associations and counsels were held during January-March 2018. The Policy Board of the Authority approved draft Drug Pricing Policy 2018 in its meeting on April 5.

Earlier, all stakeholders agreed on the road map to determine the prices of medicines. It is proposed that in all such cases which were rejected by the Drug Pricing Committee (DPC) of DRAP, a notice will be issued to the concerned company identifying the missing documents. Companies will later supply the documents to DRAP within ten days of receipt of notice.  After the receiving of documents, DRAP will decide these cases through speaking order within ten days.

The draft further states that the cases which were accepted by granting a onetime eight per cent increase will be reconsidered after giving notice to companies to decide within 30 days. The proposed plan also says that all sub judice price fixation cases will be decided by a speaking order by the DPC within 60 days after notice and hearing the parties.

With regards to the annual increase in medical prices, it is proposed that DRAP after hearing the parties in sub judice matters and other pharmaceutical concerns who may approach DRAP will pass a speaking order within 30 days whether annual increases provided in 2015 Policy are automatic or contingent on a notification being issued by DPC of DRAP. It is further recommended that DRAP will file comprehensive report within 75 working days. Later pharmaceutical companies may file objections, if any, and the court will pass final order after hearing such objections.

The proposed amendments in the Drug Pricing Policy 2015 will be completed within a period of 30 days after seriously considering and taking into account the suggestions and recommendations of the stakeholders and a new policy will be notified within 60 days thereafter.