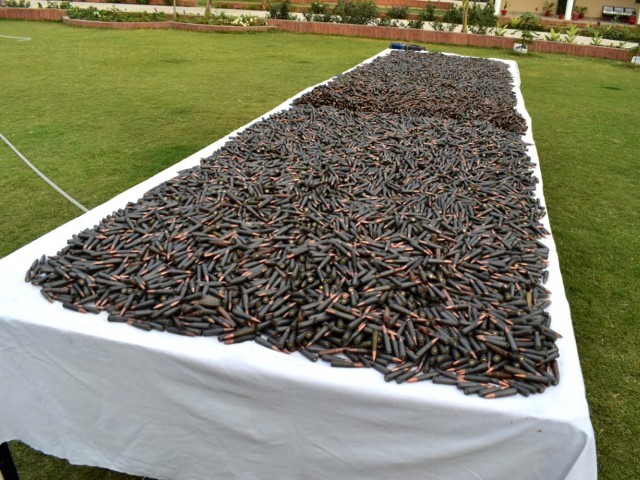 A large number of bullets that were seized during raids in various parts of Balochistan. PHOTO: EXPRESS

Weapons and ammunition, including explosives, improvised electronic devices, communication equipment and detonators, have been recovered, an Inter-Services Public Relations statement said on Tuesday.