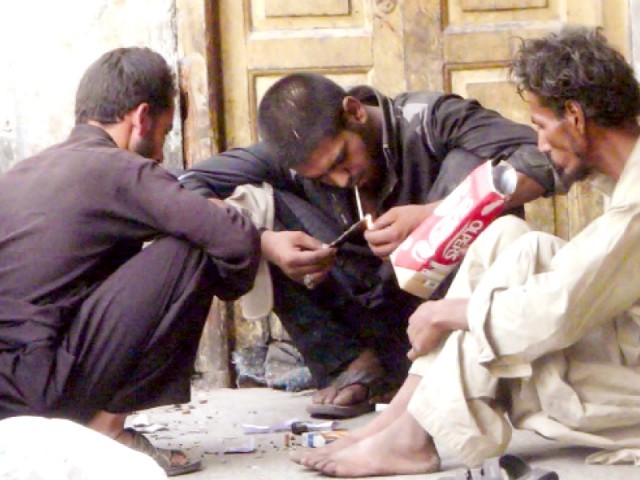 SIALKOT: A drug pusher was convicted by a sessions court in Sialkot on Tuesday. District and Sessions Judge Malik Ali Zulqarnain Awan awarded two-and-a-half years imprisonment with a fine of Rs12,000 to accused Zahid.

The accused was involved in smuggling narcotics while over one kilogramme of hashish was also seized from him.

The ANF officials also seized huge quantity of hashish and opium from their possession. After hearing the arguments, the judge handed down five-year jail term to Ikramullah, three years imprisonment to Muhammad Waseem, and four–year jail term to Faqeer Hussain.