Sadr faces a diffic­ult act to herd togeth­er groups from across Iraq to form a govern­ment
By AFP
Published: May 15, 2018
Tweet Email 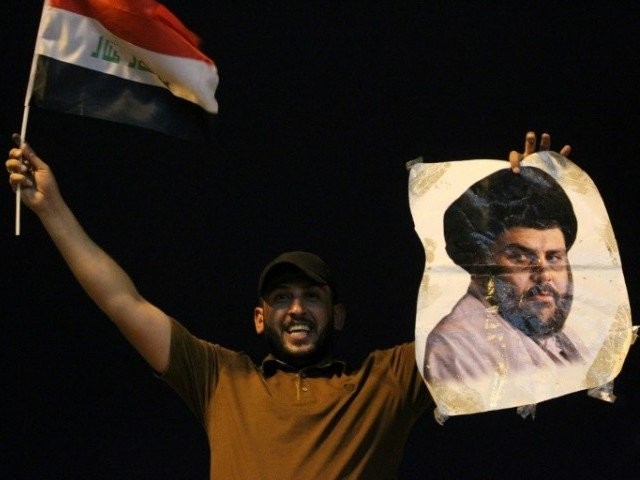 BAGHDAD: A surprise election victory for fiery Shia cleric Moqtada Sadr appears to have shaken Iraq’s political landscape at the expense of both the Iranian and American influence in the country.

The populist Shia preacher, a firebrand who once battled United States troops and now opposes Tehran, is looking to cobble together a broad technocrat coalition tasked with rooting out Iraq’s endemic corruption.

But can he really sideline powerful foreign players and domestic rivals to take control?

While Sadr’s unlikely Marching Towards Reform alliance with Iraq’s communists looks on course to be the biggest group in parliament – it faces many obstacles.

The movement has pitched itself as a challenge to Iraq’s entrenched elite and ridden popular protests over graft to drum up support.

Under article 76 of Iraq’s constitution, the right to form a government falls to the political bloc with the most seats.

Sadr – who has ruled himself out of becoming PM – should be the key powerbroker and is already eyeing a coalition of around a dozen groups to reach a majority.

However, with months of wrangling expected ahead, it remains far from certain that he will get the chance to realise his ambitions.

At elections in 2010, the Iraqi National Movement of Ayad Allawi – loathed by Iran – scooped 91 seats to become the biggest group in parliament.

But after much manoeuvring, Allawi was eventually bested by Nuri al-Maliki, as Tehran helped engineer a union between two leading Shia blocs to give him more seats.

Strengthened by his apparent victory in Saturday’s polls, black-turbaned Sadr could now push his nationalist agenda that has seen him pledge to curb foreign meddling in Iraq.

After the 2003 invasion, his militia battled United States forces. He is now calling for the latest deployment of American troops to leave following last year’s defeat of the Islamic State group.

While his family of religious scholars historically has close ties with the Islamic revolutionaries in Iran and he spent years living there, Sadr has now fallen out with Tehran and wants its overbearing influence slashed.

In a sign that he is angling to chart a different course, he visited regional Sunni powerhouse Saudi Arabia last year, as Tehran’s rival seeks to play a greater role in Iraq.

Sadr faces a difficult act to herd together enough groups from across Iraq’s fragmented political spectrum to form a government.

He has extended a hand to a wide spread of parties – including the bloc of current Prime Minister Haider al-Abadi that lies in third place according to latest results.

Whether he can convince Abadi -a key member of the establishment Dawa party that has dominated Iraq for years – to turn his back on his former stablemates and team up remains a major question.

Abadi – who came to power in 2014 as Islamic State rampaged across Iraq – has balanced off the US and Iran during his time at the helm.

On Tuesday, the prime minister called Sadr to congratulate him for the election victory, the cleric’s office said.

Sadr for now appears to be ruling out an alliance with two other powerful forces inside Iraq: the Iran-backed Conquest Alliance of former anti-Islamic State paramilitary fighters and ex-premier Maliki.

Any attempt to form a government that would threaten the influence Iran has built up in the 15 years since the fall of Saddam Hussein looks certain to face opposition from Tehran.

Iraq’s larger neighbour to the east has major leverage over many of the top Shia politicians and it already seems like it may be looking to block Sadr’s path to power.

Political sources told AFP that two meetings have been held under Iranian guidance to bring together several political blocs.

According to a participant, the aim has been to unite Abadi and Maliki – bitter foes despite coming from the same Dawa party -alongside the Conquest Alliance, which looks set to come second in the election.

The initiative could trump Sadr’s own coalition – building efforts but it risks angering the cleric’s supporters who are yearning for a clampdown on corruption among establishment figures.