These robot dogs can climb stairs

These robot dogs can climb stairs

The softwa­re behind SpotMi­ni should not be confus­ed with AI
By Tech Desk
Published: May 15, 2018
Tweet Email 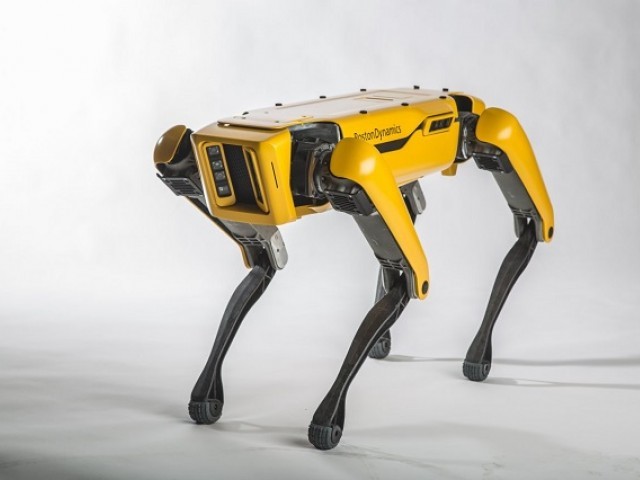 Boston Dymanic's SpotMini can walk up and down the stairs now. PHOTO: BOSTON DYNAMIC

The company have now introduced a version of the dogs that can walk up and down the stairs on their own.

CEO Marc Raibert had founded the company to build machines that can mimic human and animal movements. Speaking at the TechCrunch Robotics Sessions conference, he said that the robot dogs called SpotMini will be ready for purchase in 2019.

The responsive robot dogs are designed to be sent out for commercial use and eventually reach homes as well. Raibert presented a video at the conference that showed dogs navigating through the lab on their own.

The software behind SpotMini should not be confused with AI as the robots are specifically programmed to go up and down the stairs rather than making calculated predictions using a host of information.

Being given sophisticated motion detection software makes it easier for the robot to map out the boundaries for it to not collide.

The navigational map that the robot sees in real time helps it climb stairs without hitting the railings.