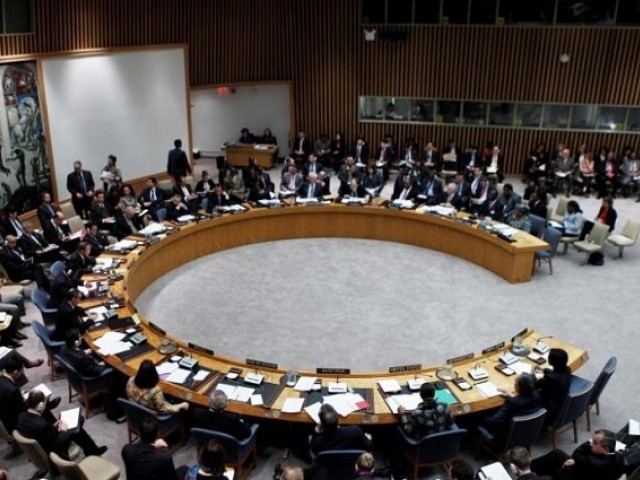 The Security Council calls for an independent and transparent investigation into the killings PHOTO: REUTERS

UNITED NATIONS, UNITED STATES: The United States on Monday blocked the adoption of a UN Security Council statement that would have called for an independent probe of deadly violence on the Israel-Gaza border, which erupted as the new US embassy in Jerusalem was opened, diplomats said.

“The Security Council expresses its outrage and sorrow at the killing of Palestinian civilians exercising their right to peaceful protest,” read a draft of the statement, a copy of which was seen by AFP.

“The Security Council calls for an independent and transparent investigation into these actions to ensure accountability,” read the text.

On Monday, The United States opened its deeply controversial embassy in Jerusalem on Monday but the inauguration was marred by violent clashes along the Gaza border that left 55 Palestinians dead from Israeli fire in the conflict’s bloodiest day in years.

The clashes, which left hundreds of Palestinians wounded, erupted before a White House delegation and Israeli officials opened the embassy at an inauguration ceremony in Jerusalem and continued throughout the day.

US Navy sees ‘period of uncertainty’ in Gulf