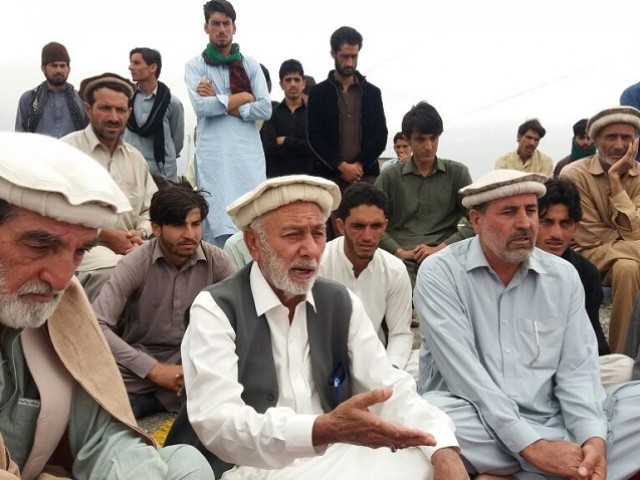 PARACHINAR: The Borki tribe on the Pak-Afghan border near Kurram Agency has called for an emergency jirga, demanding the reopening of the border for trade.

Speaking in the jirga, Malik Haji Nauroz Ali, Haji Kamal Hussain, Malik Islam Ali, Hazrat Gul and other participants said that the Borki border has been used for trade since the British era and there was even a development of a set-up on the the border by NLC, to which the Borki tribe even offered to give 200-acre land for free.

But despite the offer, NLC bought the controversial land and even forced the closure of the Borki border, rendering several of the tribesmen unemployed. Hence, the government must open the border for trade.

Tribal leader Malik Haji Nauroz Ali said the closure of the 400-year old border was unfair on the Borki tribe and they will protest if the border is not opened anytime soon.

Malik Islam Ali said that the NLC deliberately attempted to create problems for the tribe for its own gain. He further said that destroying the tribe financially was not a smart move, hence the government must fulfill its duty.

Asif Ali and Ali Mat Khan, two labourers who have worked on the border for years, said that the closure has forced both of them and several others into unemployment and are now on the brink of starvation.

Sajjad Hussain, a Senate member from Kurram Agency told the media that the government must resolve all these problems amicably to maintain peace amongst the tribals. NLC’s retired colonel said that opening and closing of the border as well as installing a set-up was the FBR and government’s responsibility.

Every fourth girl in K-P not in school