Pakistan urged to focus on EU, not just China

Pakistan urged to focus on EU, not just China 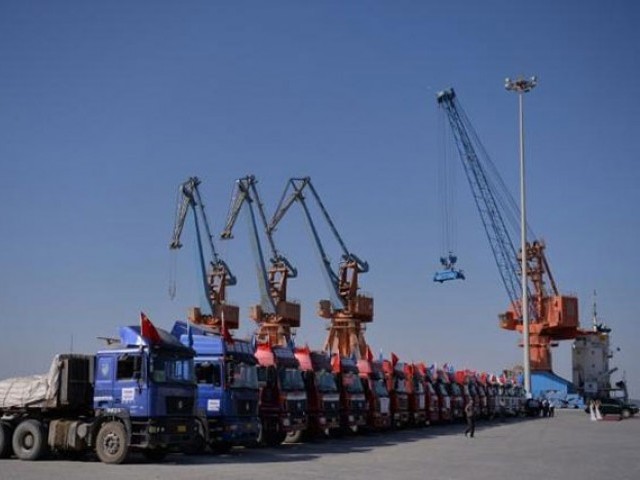 ISLAMABAD: Pakistan, while focusing on the China-Pakistan Economic Corridor (CPEC), should also look beyond in the European Union (EU), amid the scenario evolving in the aftermath of Brexit, which is due next year.

The EU is a market of 460 million people and Pakistan should explore it to tap the trade and investment potential. For this to happen, Pakistan needs to build an positive image, enhance engagements with EU countries and improve its human rights status.

This was the crux of the deliberation during the seminar titled “Post-Brexit trade relations in European Union: Implications for Pakistan”, organised by the Sustainable Development Policy Institute (SDPI) on Friday.

Speaking on the occasion, Dr Pál Belényesi, managing director, Brussels Consulting and Independent Scientific Adviser to the European Parliament, said Pakistan should explore more options for trade and expand its export markets, as relying on a single trading partner is not wise.

He said Pakistan’s economy is not diversified enough and its industries should be open to transformation to reap maximum trade benefits.  At this point in time, the EU is Pakistan’s largest trading partner when it comes to net trade balance and contributes almost 25% of total Pakistan’s foreign direct investments (FDIs), he added.

By diversifying export destinations, upgrading manufacturing and value-addition in products such as minerals, pharmaceuticals, electronic components and automobile products, Pakistan can gain more from trade with the EU countries in the post-Brexit scenario, he said.

Speaking on the occasion, SDPI Joint Executive Director Dr Vaqar Ahmed said Pakistan’s exports to the UK have been on a gradual increase largely due to the GSP Plus facility. He said although the UK has given assurances that it will continue some preferential treatment for exports, the government of Pakistan will need to engage vigorously in order to make the arrangement a reality.