Pensio­ners wait for hours to get paymen­ts
By APP
Published: May 11, 2018
Tweet Email 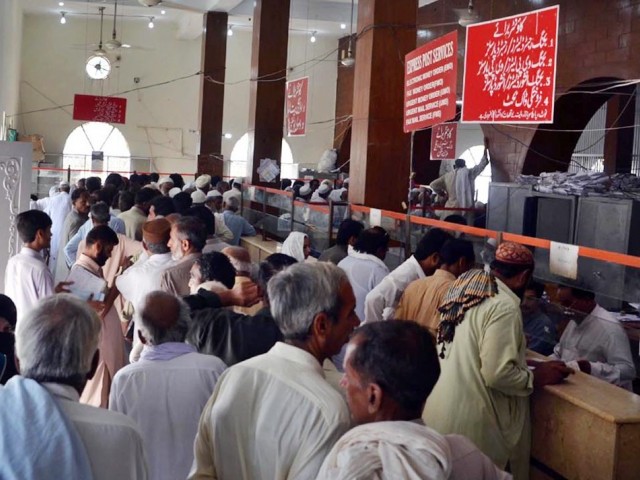 Murtaza Abbasi, 65, has to reach the centre at 6am to get his name registered and then security guards deputed there start issuing tokens after 8am.

“The humiliation does not end here. It takes one hour more as the NSC opens at 9am, whereas the official concerned takes another half-an-hour to enter the tokens in an out-dated ledger and then feed the handwritten data in the computer system for withdrawal or deposit of cash or other transactions,” Abbasi said while waiting for opening of the centre. He said that it takes a three-hour exercise just to enter the centre. A widow, Niyaz Fatima, who had come all the way from Sihala to withdraw pension, said she was over 70 and a heart patient, had to go through an exhausting day once in a month.

Hussain Shah, a 75-year government pensioner, said complaints have been lodged many times for adopting automated e-ticketing. “But it seems that the NSC people want to carry this system as a legacy asset for even next generations,” he remarked. “The process is so complex that it consumes more time and creates mix-ups,” Shah said.

He said some 200 clients visited the Muslim Town NCS daily whereas it had seating capacity for 40 people only.

An NSC official at the facility said they were aware of the problems being faced by the citizens and were gradually improving their quality of service.

He said earlier the condition was more pathetic, but now the clients are provided with comfortable sofas to wait for their turn. The demand for e-token system had also been forwarded to the high-ups and steps were under consideration to resolve all the issues, he added.

Cops taught to be polite