Consum­ers blame govern­ment for failin­g to curb profit­eering­
By Our Correspondent
Published: May 11, 2018
Tweet Email 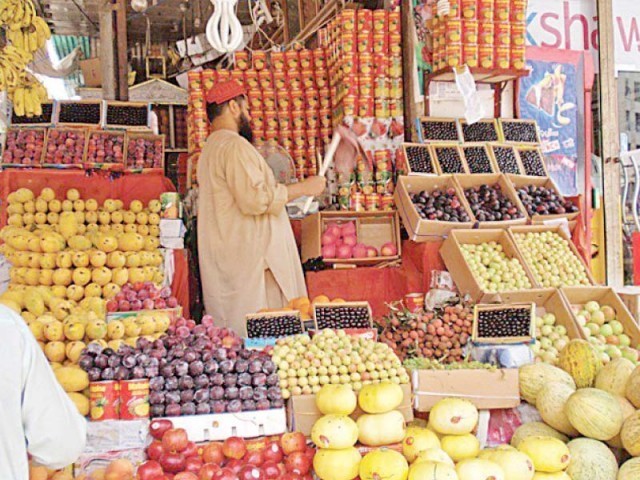 RAHIM YAR KHAN: Prices of many essential commodities have skyrocketed ahead of Ramazan in open markets. As the special price magistrates benefit from their authority, profiteers and hoarders have crossed limits of selling goods at higher prices in the district ahead of the holy month.

Instead of slashing prices, this Ramazan will too see a hike in prices of essential commodities as the government fails to implement its fixed prices.

A large number of citizens complained that the district administration have lost control over commodity prices, profiteering and hoarding.

A visit to different markets by Express News revealed that Mutton is being sold at Rs1,000 per kilogramme, while beef is about 600 per kilogramme. Despite complaints, the price control magistrates could not take any action against the profiteers and the people continue to suffer from the connivance.

People have complained that hoarders are supplying substandard vegetables, fruits and other edible items in the name of cheap ‘Ramazan Bazaars’.

On the other hand, shocking hike in prices of oil, ghee, lemon, chicken meat, powdered milk, dates, chickpea flour, sugar, tea and other items have irked the consumers. Within a few days only the oil prices have increased by Rs8 per kilogramme while the 5 kilogramme carton price has increased by Rs40. Similarly, lemons are being sold at Rs240 per kilogramme. Lentils, especially chickpea lentil is being sold at Rs130 per kilogramme. Moreover, citizens are forced to buy other edibles at higher rates from open market.

As compared to last year, the price of juices has gone up by Rs50. People have demanded of the government to take notice of price hike before commencement of Ramzan and take measures to control prices. They suggested that deputy commissioners should be deployed at vegetable, fruit markets as well as wholesale markets so that profiteering could be controlled and traders sell things on cheaper rates.

They said the availability of necessary products should be ensured at utility stores and Prime Minister Ramazan Package should be announced on immediate basis so that people in great numbers can benefit from it.