Bill Gates acknowledges Pakistan's use of innovative methods for immunisation

Bill Gates acknowledges Pakistan's use of innovative methods for immunisation 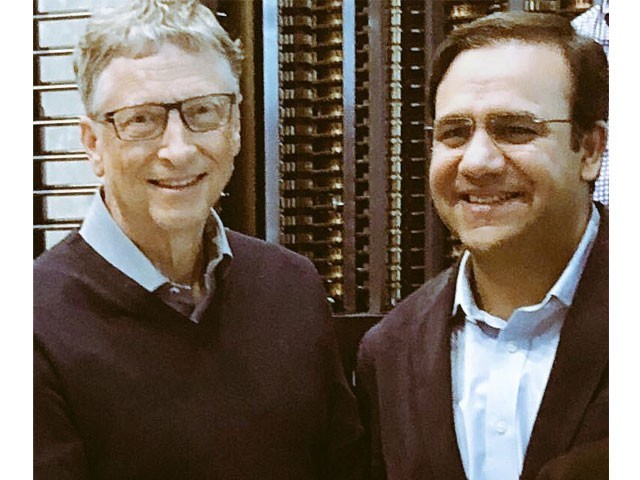 LAHORE: Microsoft Corporation co-founder Bill Gates has acknowledged Pakistan’s use of innovative systems for immunisation coverage, terming it an example for the rest of the world to emulate.

The results achieved by Dr Umar Saif are unprecedented in the world, the business magnet said, according to an official statement on Thursday.

It said that Dr Saif, chairman Punjab Information Technology Board (PITB), was invited by the Bill and Malinda Gates Foundation to Seattle as part of the Global Good meeting in Seattle, US.

During his visit, the communique added, Dr Saif also met with other teams at the Gates Foundation and shared his work in agriculture technology for crop yield estimation using GIS [geographic information system] and financial inclusion in Pakistan.

Speaking with media after the meetings, he said that the comments and recognition by Bill Gates of his work as a global success is very encouraging.

In the meeting, the statement added, five people from from all over the world were invited as examples of how innovative technology and data has been used to advance global development goals, especially coverage of child immunisation and public health.

Dr Umar Saif presented how innovative systems developed by his team changed immunisation coverage in Punjab from 18% to 88% in less than two years.

The expert also presented his work on using a smartphone-based system which helped eradicate Dengue in Punjab.