Actor said that she has been subjec­ted defama­tion and media ridicu­le by the PR mogul
By Entertainment Desk
Published: May 10, 2018
Tweet Email 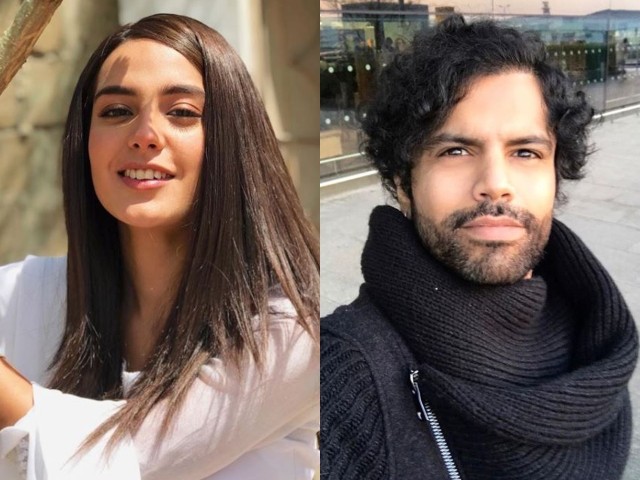 Last week, popular TV actor Iqra Aziz was accused by PR mogul, Fahad Hussain for breaching her contract. Hussain, who heads Citrus Talent sent her a legal notice stating the same, however, Aziz has now come forth denying all such allegations.

In an Instagram post, Aziz revealed she has been subjected defamation and media ridicule by Hussain. She wrote, “I have decided to choose the dignified way of protecting my image by taking this individual to the court of law, hoping that I will get justice that will set a precedent for all people in the industry.”

The actor also mentioned that Citrus Talent did provide her with a “launching pad” for her career but she has worked hard herself to make a name in the industry.

Speaking of her experience working with Hussain, Aziz penned, “Hussain used to delay my rightful payments for many months on the pretext that he ‘doesn’t have money these days’. It was only when delayed payments became a routine and I stopped getting projects from his agency that I decided to switch to another one.”

Aziz added that it was her personal decision to sign the TV commercial without Citrus Talent managing it, dismissing third party involvement.

In her post, she also attached a copy of the reply that has been to sent to Hussain on the legal notice he served.

I deny all accusations put forward against me by Fahad Hussain of Citrus Talent for breaching the contract. I have been in the industry long enough to know how to do fair business and I am not one to shy away from the truth. The legal system is something I have deep faith in and Inshallah I will receive the justice I deserve through a Court of Law. For reference, I have attached the legal notice that has been sent as a reply.

Hussain then took to his social media account as well to snap back at the accused actor stating that he was extremely saddened and disappointed by Aziz’s response.

He wrote, “I have attached an order from the High Court, duly signed by the honourable judge. The order clearly states that my exclusivity contract is legit and Aziz is ordered to abide by it. She is to exclusively work through us till the contract completes its term of three years.”

The PR mogul added that any other agreement that she has signed till the end of the contract with Citrus Talent stands void in the court of law.

Hussain also attached a copy of the court order that has been issued to Aziz.

102 Not Out: A family entertainer without much entertainment