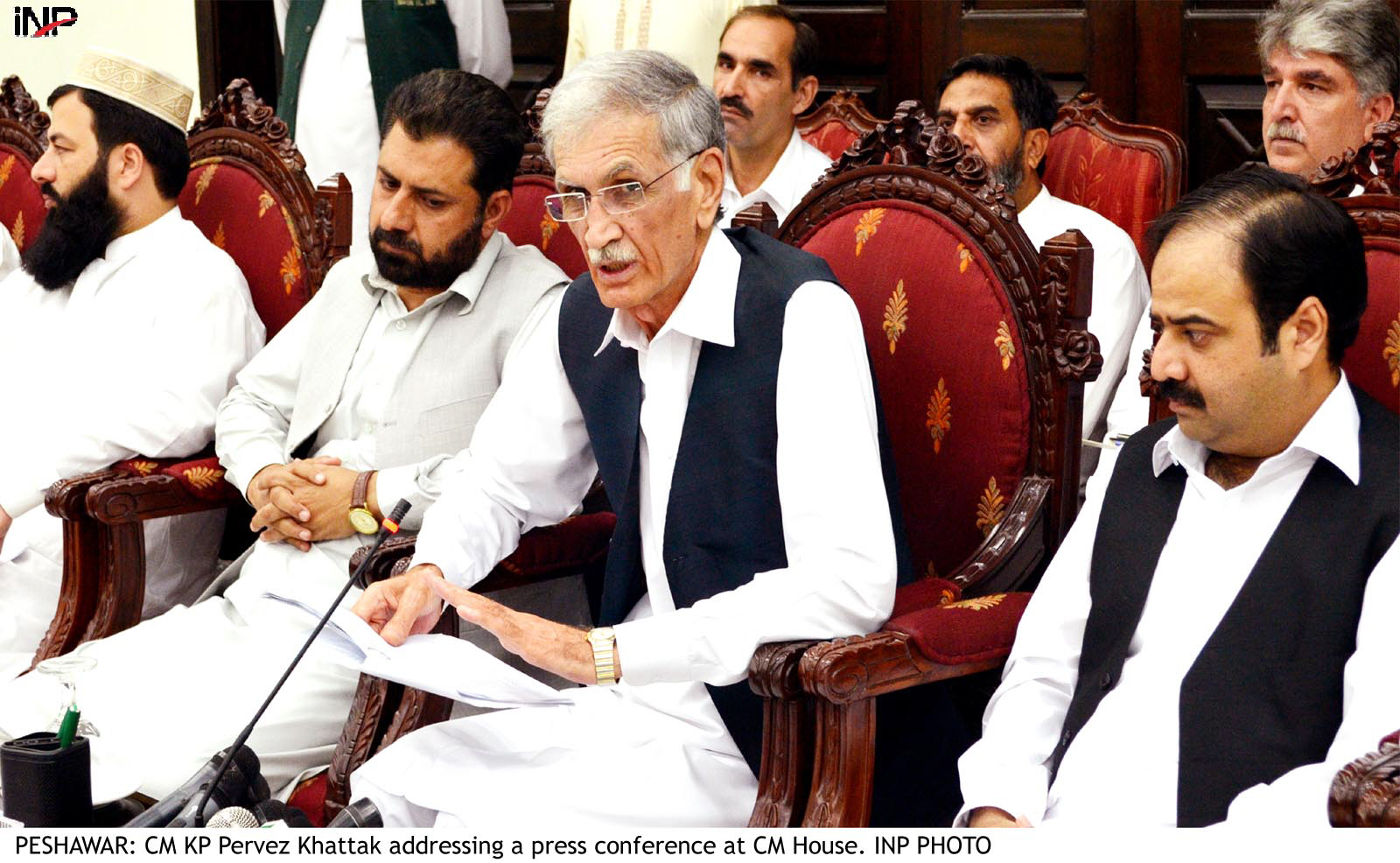 “Today, we are opening the first box of corruption which is BRT Peshawar,” said Qazi while addressing a press conference at Nowshera Press Club on Tuesday.

“We will open the rest of the six boxes to expose the financial misappropriations committed by CM Khattak so that those involved in loot and plunder can be taken to task,” he said.

The JI leader said the BRT Peshawar had turned into a project of ruin for the people of the province due to ‘political adventurism and self‐centered policies’ of the chief minister.

“A Rs40 billion financial burden has been loaded on to the backs of poor masses of K-P to project a false image of CM’s grandeur and benevolence,” he added.

He said if Asad Umar, a senior leader of the Pakistan Tehreek-e-Insaf (PTI), could complete the project in Rs9 billion, why the CM spent Rs40 billion more in initial estimate and why the people of K-P were burdened with 70 billion loans “which is the biggest amount in loans taken by any government”.

“It should be noted here that Lahore and Rawalpindi Metro Bus projects were built by the government of Punjab out of their own resources without taking loans. The miserable planning did not even include a field survey,” he alleged.

Unabated load-shedding drives JI onto the streets of Karachi

“Thirty-three amendments have been made to the initial design providing opportunities to contractors to mint more money according to their whims and desires at the expense of the poor masses,” said Qazi, alleging that CM Khattak was a contractor himself and knew the impact of a deficient design in such projects.

He said that officers of the transit company, TransPeshawar, were forced to neglect rules and regulations in order to comply with the CM’s unreasonable deadlines. A public project worth Rs70 billion was devastated due to the chief minister’s ill-conceived ambition and urge to take credit, he added.

“Using development projects for political adventurism is a crime against the nation itself,” remarked Qazi.

He alleged that Khattak had for long been using development funds of the province to oblige his cronies and generously awarding public jobs to his political supporters, details of which would be disclosed in due course of time.

The JI leader also alleged that the company awarded with the construction contract of the BRT Peshawar project was already notorious for mishandling the Orange Line Train project in Lahore, and “selection of such a blacklisted company speaks volumes about the real intentions of Khattak”.

He said his party appealed to the Chief Justice of Pakistan to take notice of “the acts of financial terrorism which have caused more damage to the people of this province than real acts of terror”.

“We are hopeful that the chief justice will take action against large-scale corruption done at the behest of the K-P CM,” he said, while also demanding an enquiry by the National Accountability Bureau against ‘Pervaiz Khattak’s malpractices’.

“On our part, we will continue to expose the corrupt practices of rulers,” Qazi said. “We also ask the Supreme Court to summon the BRT officers who have been illegally removed from their posts and give them an opportunity to present their case.”