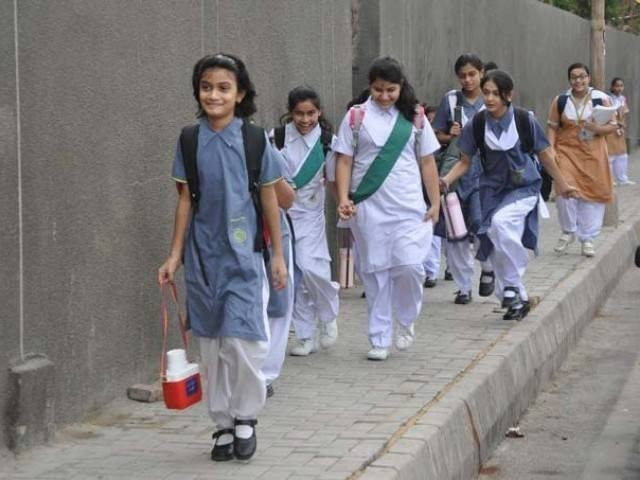 The Singh government-appointed committee, tasked with drafting constitutionally permissible rules to regulate the increase in school fee, has yet to finalise details of an inflationary mechanism they are working on, said a press release on Tuesday.

It said the deliberations are still ongoing and suggestions from all stakeholders have been submitted and are being discussed.

“The parents and schools, however, agree on an inflationary mechanism, the details of which are still being worked out. However, no decision has been finalised as yet,” it added.

“Rumours circulating in the media regarding the finalisation of certain decisions are completely false and baseless. No decisions have been made and nothing has been finalised as yet.”

The committee was formed in view of the Sindh High Court’s decision that ordered the government to frame new rules to rationalise the increase in school fee.

The committee is chaired by Mansoob Hussain Siddiqui, who is the director general of the Directorate of Inspection/Registration of Private Institutions, Sindh

The committee has conducted four meetings and the suggestions of all the members have been submitted to the education director.

The press release said a notification will be officially issued once the committee reaches a consensus.

Referring to the Sindh government’s new notification as per which the summer vacations have been rescheduled to May 15 to July 16, instead of June 1 to July 31, the press release said this should not apply to the schools that run sessions between August and May.

As per the previous notification issued by the Sindh government on March 6, the academic session for schools following Cambridge and A Level shall start on August 01, it said.

The exams of O and A Level are still ongoing, therefore, it is requested that the notification for such schools be withdrawn, it added.