Intern­ationa­l Atomic Energy Agency expres­ses pride in Pakist­an as a member­
By Our Correspondent
Published: May 9, 2018
Tweet Email 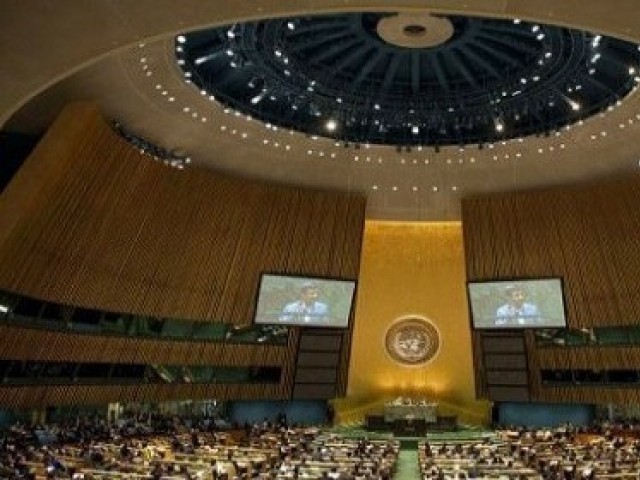 ISLAMABAD: The upcoming Non-Proliferation Treaty (NPT) Review Conference in 2020 is important for Pakistan, said Centre for International Strategic Studies (CISS) Executive Director Ambassador Ali Sarwar Naqvi at a round table on recent nuclear developments at the global level. The event was organised at CISS here on Tuesday. The subjects covered were the Non-Proliferation Treaty (NPT) Preparation Committee (PrepCom) and other nuclear, non-proliferation and disarmament challenges and issues.

Experts at the event covered a variety of issues related to Complete Test Ban Treaty (CTBT), Fissile Material Cut-off Treaty (FMCT), Nuclear Disarmament and focusing on the Joint Comprehensive Plan of Action (JCPOA). Moreover they discussed the Iran Nuclear deal’s technical section of JCPOA in context with the upcoming decision by US President Donald Trump on the Iranian nuclear agreement. Speaking on the issues, the Fissile material cut-off treaty and verification issues associated were also deliberated.

Comprehensive nuclear-Test Ban Treaty Organisation (CTBTO) consultant Dr Tariq Rauf explained International Atomic Energy Agency (IAEA’s) commitment to a fair and neutral position in its reports as an international organisation. The legal framework of the organization and its limitations with regards to its jurisdiction over civilian nuclear programmes were explained by CTBTO legal officer Mehrunissa Mehdi

Furthermore, Dr Rauf drew attention to Pakistan’s role in IAEA and highlighted that IAEA took pride in Pakistan as a member, not only because it provides experts to IAEA but also provides nuclear safety and security training to its regional countries. He also highlighted Pakistan’s role as an active observer state at the CTBTO.

He emphasised the importance of signing the Complete Test Ban Treaty CTBT for Pakistan and the benefits that Pakistan can harness from it. Dr Rauf acknowledged that there were extreme misconceptions held by many regarding Pakistan’s signing of the treaty. However he expressed his opinion that signing it will only benefit Pakistan more. It will help in the building of seismic centers in Pakistan and also help the technical training of scientists in IAEA. He was briefed on Pakistan’s stance on CTBT by Ambassador Naqvi.

Speaking on Additional Protocol of IAEA, he explained that the Additional Protocol adopted by India is a country specific one as Indian is neither an NPT member nor does it follow the requirements of the protocol as it does not provide access to facilities.

The speaking session was followed by discussion and an active Q&A session. The event was attended by diplomats, scholars, students and members of civil society.