Anil Kapoor, Salman Khan and SRK performing together will send every 90s kid back in time

Anil Kapoor, Salman Khan and SRK performing together will send every 90s kid back in time 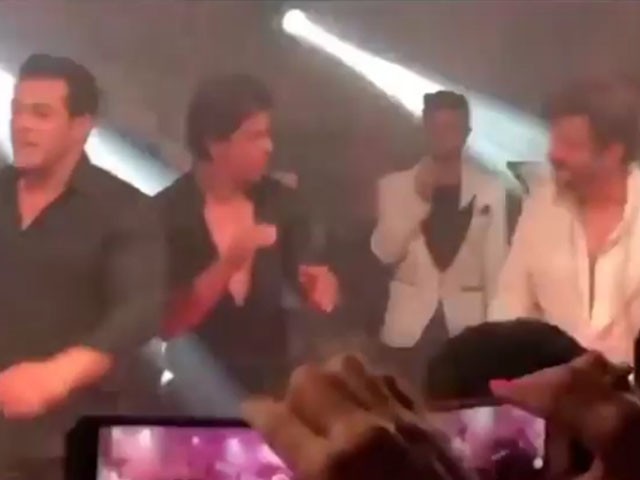 KARACHI: Sonam Kapoor’s wedding to business tycoon Anand Ahuja is the talk of the town right now. The biggest Bollywood celebrities including Amitabh Bachchan, Kareena Kapoor Khan and Rekha have been attending the festivities.

The Kapoor family is overjoyed as well, however, it seems like the father of the bride, Anil Kapoor is the happiest of them all.

Unlike typical Indian and Pakistani fathers of the brides who are usually very stressed out or busy at their daughters’ weddings, Anil was the complete opposite. Since the festivities kicked off with the sangeet, Anil was seen dancing with full throttle energy. Have you ever seen any other father of the bride shake a leg like that? It seems like the 61-year-old was ecstatic over his daughter’s wedding.

Fun and fabulous! @anilskapoor can't contain himself as daughter @sonamkapoor is all set to get married. #SonamKiShaadi #EverydayPhenomenal

At the reception held last night, the Khans finally made their appearance. Salman Khan, Shah Rukh Khan and Aamir Khan along with Anil made every 90s kid reminisce the golden era of Bollywood that was full of hits such as Andaz Apna Apna, Mr India and Baazigar. 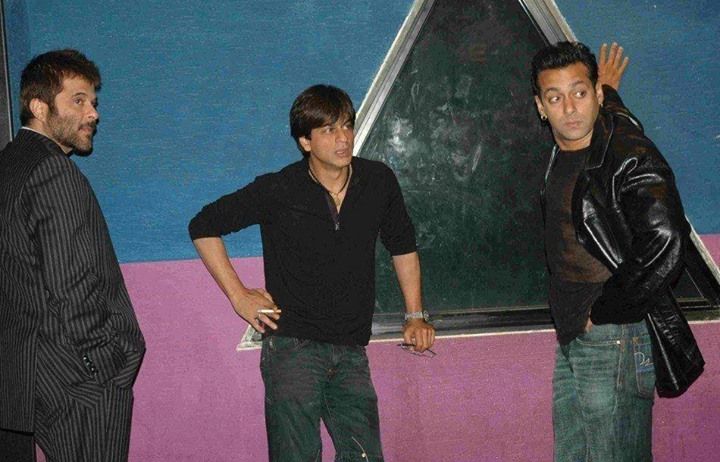 And of course when the gang reunites, earth-shattering performances are to follow – kind of like when a group of friends meet after many years and it’s like school all over again, but this time, you’re not 13. In this case, the trio was well over their 50s…

4 Bollywood actors who prove that age is just a number

At Sonam’s reception in Mumbai last night, attendees grooved to various party numbers but Anil, Salman and SRK’s performance was the best out of them all – with Anil outshining everyone.

Along with a performance by Mika Singh, the three 90s hereos set the stage on fire with their power-packed dancing on hit songs, Tan Tana Tan Tan Tara, Ek Do Teen and many others.

Of course, current stars of Bollywood had their fair share on the dance floor. Ranveer Singh and Arjun Kapoor – being the best of friends – had a ball of a time as the two were the life of the party. Albeit, not as much as Anil, Salman and SRK. Sorry, Ranveer and Arjun, but we’ve got our money on our 90s stars.

Salman and SRK also crooned during the festivities for Sunita Kapoor, the bride’s mother.

There were a few duo dances as well such as SRK and Gauri Khan, Kareena and Saif Ali Khan, and of course, the couple of the hour, Sonam and Anand.

There were many other performances that followed through the night, however, it’s evident that there is no match to the baaps of Bollywood that stole the show last night.