The govern­ment and the autono­my-seekin­g guerri­llas have agreed to peace, raisin­g hopes that the refuge­es will go home
By Reuters
Published: May 8, 2018
Tweet Email 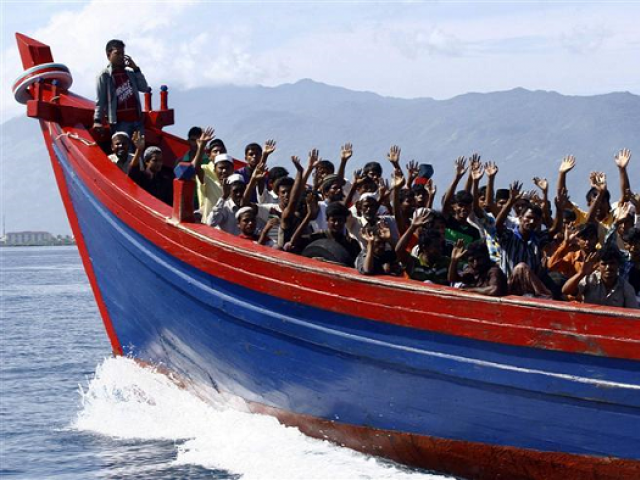 About 100,000 refugees from Myanmar, most of them ethnic minority Karen people, have been living in nine camps in Thailand PHOTO: REUTERS

BANGKOK: Ninety-three refugees from Myanmar who have been living in camps in Thailand have gone home, the second such return since 2016, the UN refugee agency on Tuesday, raising hopes for the eventual closure of some of Asia’s oldest refugee camps.

About 100,000 refugees from Myanmar, most of them ethnic minority Karen people, have been living in nine camps in Thailand along the Myanmar border, many since the Myanmar army began sustained offensives against Karen guerillas in the early 1980s.

The Myanmar government and the autonomy-seeking guerrillas have agreed to peace, raising hopes that the refugees will go home, although occasional skirmishes in eastern Myanmar have been reported in recent months.

The refugees left on Monday from five camps then split into two groups and crossed into Myanmar’s Karen and Kayah states, the UN refugee agency said in a statement.

“They were received by Myanmar authorities and assisted at two reception centers,” the UNHCR said.

“Refugees in Thailand have been expressing interest in returning home and have begun making plans for their future beyond the camps in Thailand in the hope that peace and stability will prevail in their places of origin in south-eastern Myanmar.”

The first voluntary repatriation, of 68 Myanmar refugees from the camps took place began in 2016. At the time, the UNHCR called it a ‘milestone’.

Myanmar’s new government led by Aung San Suu Kyi has made ending long-running insurgencies by various ethnic minority guerrilla groups a priority, though its efforts have been mixed.

Attacks last year on the security forces by a new guerrilla faction drawn from the Rohingya Muslim minority in western Myanmar triggered a sweeping Myanmar government offensive and the exodus to Bangladesh of some 700,000 Rohingya civilians, according to UN estimates.

The UNHCR said on Tuesday the situation in Myanmar’s western Rakhine State was “not yet conducive for the return of Rohingya refugees”.

Heavy fighting has erupted intermittently in Kachin State in northern Myanmar in recent years, including over the past few weeks. A 17-year ceasefire between Kachin guerrillas and the government collapsed in 2011.

There are also occasional clashes between guerrillas and government forces in Shan State in the northeast.