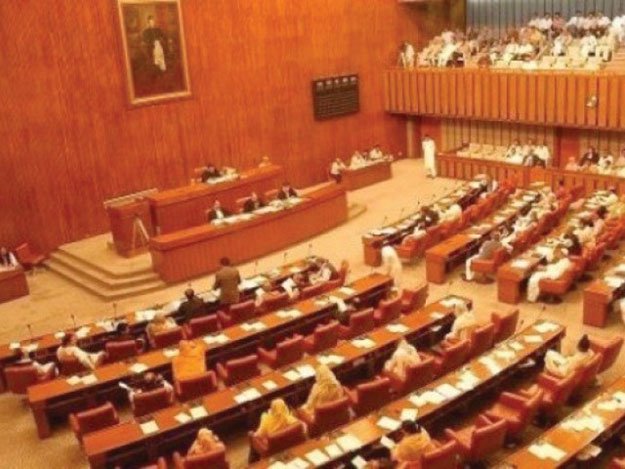 ISLAMABAD: The Senate panel on Finance withdrew objections over legal changes suggested by the  Organisation for Economic Cooperation and Development (OECD), thereby allowing the government to tax foreign companies, including US tech giants.

In a rare move, the Senate Standing Committee on Finance on Monday held a second round of voting on these amendments.

It endorsed three of four major changes suggested by the OECD to change its fiscal laws to crack down on tax avoidance by foreign firms.

Headed by PPP’s Senator Farooq H Naek, the committee did not allow the FBR to declare any business transaction fictitious because of wider implications for local businesses. However, the committee backed three other changes that will allow the FBR to tax tech giants such as Google, Amazon and Facebook and collect its due share of taxes from the profits of multinational companies and those owned by Pakistanis overseas.

Pakistan proposed imposing a five per cent tax on digital revenues, hitting US tech giants such as Google, Amazon and Facebook.

The committee revised its stance on the matter after FBR Inland Revenue Policy Member Dr Mohammad Iqbal gave the rationale for making these changes through the Finance Bill, 2018.

In September 2016, Pakistan signed the Multilateral Convention on Mutual Administrative Assistance in Tax Matters with the OECD.

The Convention is an all-powerful instrument for international tax cooperation, providing administrative assistance in tax matters.

The changes are part of the OECD’s Base Erosion and Profit Shifting (BEPS) project aimed at cracking down against tax avoidance by major foreign firms, said Dr Mohammad Iqbal.

He said that after the latest changes, Pakistani laws will be compliant with OECD regulations.

Tax measures have already been laid before the parliament as part of the Budget 2018-19, which is currently being discussed by the Senate’s Standing Committee on Finance.

According to another legal change, if a resident Pakistani has 50 per cent or more capital or voting rights directly or indirectly in a foreign company, the company’s income will be subject to tax.

On Friday, PM’s spokesman Dr Musaddiq Malik, who is also a member of the committee, was very bitter about these tax proposals.

The committee, however, rejected an OECD-backed measure which would have allowed the FBR to declare business transactions by foreign entities as fictitious, if it deemed that the transaction did not have economic value and was only aimed at avoiding taxes.

The committee also rejected a proposal to impose up to three per cent tax on credit card-generated transactions that Pakistanis carry during their overseas visits.

After initially opposing the move, the committee also validated all actions taken by FBR’s Directorate of Intelligence and Investigation of Inland Revenue after it came into being.

The Lahore High Court (LHC) struck down an SRO that the government had issued to set up the directorate, which created doubts on the finality of dozens of cases.

However, the government introduced an amendment in the Finance Bill 2018, providing legal cover to all of the directorate’s actions, mainly over Rs6 billion recoveries of taxes on undeclared receipts from taxpayers.

The question of the legality of the intelligence directorate arose after former Finance Minister Ishaq Dar took powers of the cabinet through an amendment in the law to dodge the SC’s judgment on the federal government’s definition.

The standing committee on Monday deferred a vote on the government’s proposal to reduce income tax rate for the contractor of Orange Line Metro project – a pet scheme of the Punjab government. The government proposed to charge at the rate of six per cent instead of standard 10 per cent from non-resident Pakistanis.

It also deferred its recommendations on the issue of tax structure for the tobacco sector for a day. For the past week, the committee remained divided between those who wanted to discourage cigarette consumption and those protecting the interests of two tobacco giants. The decision will be taken on Tuesday (today).

The committee rejected a government’s proposal to impose up to Rs5,000 levy per new mobile handset because of the move’s “unconstitutionality”.