'Zainab Ke Qaatil' will depict the exact events which result­ed in the eight-year-old's brutal murder­
By Mahwash Ajaz
Published: May 6, 2018
Tweet Email 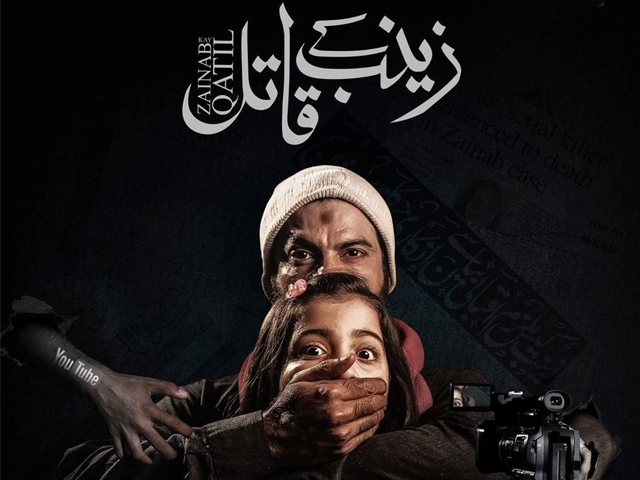 DUBAI: In January 2018, Zainab was raped and murdered in Kasur, Punjab, Pakistan. The brutal rape of the eight-year-old shocked not just Pakistan but the case received international attention for highlighting abuse and violence against children.

Earlier, Kasur was also a flashpoint for a child pornography ring and Zainab was not a solitary victim of the killer, Imran, who had abducted, raped and killed 10 other young girls before Zainab.

Pakistani activists and prominent actors alongside  journalists came out in support of justice for Zainab. The public vowed to find Zainab’s killer. The culprit was soon caught and sentenced after the proofs were found against him via DNA and CCTV footage.

A local Pakistani channel,  recently announced that it would be airing a television film, Zainab Ke Qaatil (Zainab’s Murderers) based on the brutal happenings of the case.

Sources say that it is a film that depicts the exact events as they followed which resulted in Zainab’s murder.

It is also said to highlight ‘society’s negligence’ according to sources, that lead to Zainab’s abuse and tragic death. It is aimed to give ‘awareness to parents’, how they can protect their children and save them from pedophiles.

The role of Imran is to be portrayed by Suhail Sameer and the role of Zainab is to be depicted by Hamna Amir.

Films on actual events about child abuse and violent crime are not a new phenomenon. Recently the film Spotlight won the Academy Award for best Original Screenplay. The film revolved around Boston Globe’s investigation into child abuse at the hands of Roman Catholic priests.

In 1983, a film was made about the kidnapping and murder of a six year old child named Adam Walsh, which aired on NBC. The film ended in showing many photographs of abducted children and the film’s second part was focused on child protection laws and awareness groups.

It appears that Zainab Ke Qaatil is another attempt to speak to the audiences and Pakistani society about child abuse. It is hoped that the channel has taken consent from the Ansari family to air the film.

Zainab Ke Qaatil is written by noted playwright Umera Ahmed who recently wrote the dialogues to drama serial Baaghi which was based on the life of slain social media star Qandeel Baloch.

Umera is a seasoned writer and it can be hoped that the subject matter of the film, given its sensitivities, will be tackled well and not sensationalised for the sake of ratings and TRPs. It also stars Irfan Khoosat and Saba Faisal and will be releasing soon.