PML-Q has always raised their voice for progre­ss and the rights of the smalle­r provin­ces
By Our Correspondent
Published: May 6, 2018
Tweet Email 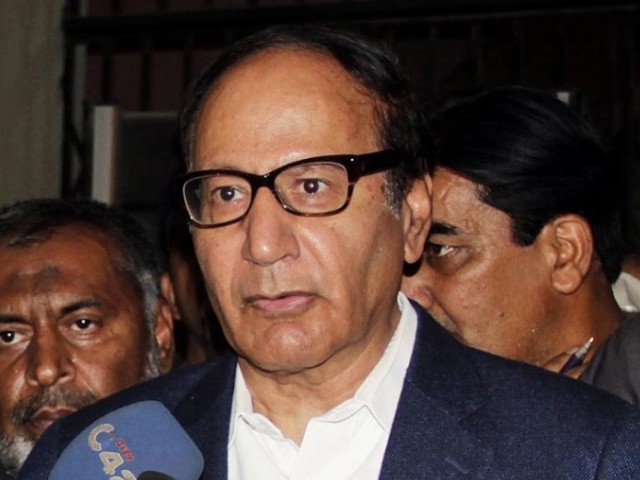 LAHORE: The Pakistan Muslim League-Quaid (PML-Q) can solve the problems of people in Khyber Pakhtunkkhawa if it is given a chance to serve. The party will not disappoint them, said PML-Q President Chaudhry Shujaat Hussain.

He expressed these views while inaugurating the provincial secretariat along with PML-Q General Secretary Tariq Basheer Cheema on Saturday.

“It is not known who Nawaz Sharif has labelled as an alien. If he has the courage, he should tell us the names of these aliens,” he said. He added that health, education and employment are the rights of people. The party will strive to deliver these to people’s doorsteps. The projects that are currently underway in K-P, have all been undertaken by our people, he said.

The PML-Q has always raised their voice for progress and the rights of the smaller provinces, he said. This is why people love the party without any discrimination, he added.

In the past, we relied on the wrong people in K-P. These people strengthened their own positions but were unable to make the party strong, he expressed.