Develo­pment comes as demand of commer­cial vehicl­es increa­ses due to CPEC
By Our Correspondent
Published: May 5, 2018
Tweet Email 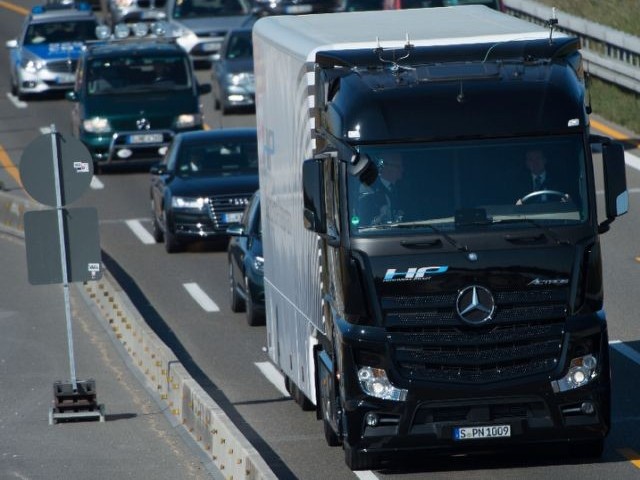 Development comes as demand of commercial vehicles increases due to CPEC. PHOTO: AFP

RAWALPINDI: The National Logistics Cell (NLC) has signed a memorandum of understanding (MoU) with Daimler AG -the German automotive corporation that owns Mercedes-Benz – for the local assembly and production of Mercedes‐Benz trucks in Pakistan.

The MoU was signed on behalf of NLC by Major General Mushtaq Faisal, the director general, and Zia Ahmed, chief executive officer of Pak NLC Motors. On behalf of Mercedes‐Benz Special Trucks, Klaus Fischinger, head of the executive committee, and Dr Ralf Forcher, head of sales, signed the MoU.

In a statement issued on Saturday, NLC said the local assembly of Mercedes‐Benz trucks will mark a major shift in the logistics and transportation industry’s preference towards European manufacturers who offer technologically advanced products that combine superior performance, environment friendliness, reliability and road safety.

Major General Faisal termed the MoU a historic moment for Pakistan’s commercial vehicle industry. “The local assembly of Mercedes‐Benz trucks would prove as a strategic opportunity that would leverage the modernisation of Pakistan’s logistics industry,” said the official.

“Because of the incentives given in the Auto Development Policy 2016‐21, locally-assembled Mercedes‐Benz trucks would be offered at competitive prices.”

Auto companies say efforts being made to expedite vehicle delivery

He added the development will ensure healthy competition in the trucking industry and meet the logistics requirements of the China-Pakistan Economic Corridor (CPEC).

It is pertinent to mention that strong growth in Pakistan’s GDP has contributed towards a significant boost in greater demand for commercial vehicles. In addition, CPEC, which includes a wider transportation network that link seaports in Gwadar and Karachi with northern Pakistan, as well as points further north in China and Central Asia, has given a boost to the auto sector in the country.