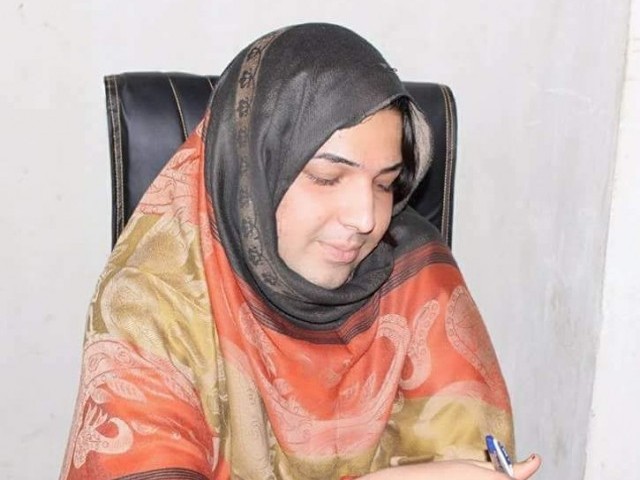 ISLAMABAD: For the first time in the history of Pakistan, a transgender is all set to contest for the National Assembly from Okara.

Nayyab Ali, a member of the provincial voter committee of the Election Commission of Pakistan is also an active part of the All Pakistan Transgender Election Network in Punjab.

She believes that even though life knocked her down several times, she refused to give up and remained motivated and passionate about serving the nation and the people of her area. She now hopes to help them even more by winning NA-141 as an independent candidate.

“I have taken it as a challenge and have already started my campaign on social media and soon will get in touch with my gurus and community for their assistance,” Ali, who is also an acid attack survivor, told The Express Tribune.

Ali, born Mohammad Arsalan, is famous in Okara for her community and social work.

“Unlike my opponents from political parties, I am not financially strong and can’t buy votes, but I am confident that the social work I have been doing will help me win the seat”, she said.

Moreover, talking about the challenges she might face in this process, Ali expressed her concern over the security threats she could face during the polls from rival candidates during various gatherings.

“I only want the government to provide me security during campaign rallies as it is going to be a major challenge to compete against influential candidates”, said the NA hopeful.

While sharing her life experiences, Ali said that when she was in class eight, she was disowned by her family for being transgender.

“I left my family and started living with a guru, who was kind to me and let me continue my studies,” said the Punjab University graduate with a degree in Botany. She is also writing a book which she plans on publishing after the elections.

Meanwhile, discussing her future political plans, Ali said that she would prefer to join the ruling party in order to get effectively execute her ideas.

“If I win the seat, I will make all-out efforts to establish a medical university in Okara and resolve water, sanitation, education, health, and unemployment issues,” she added.