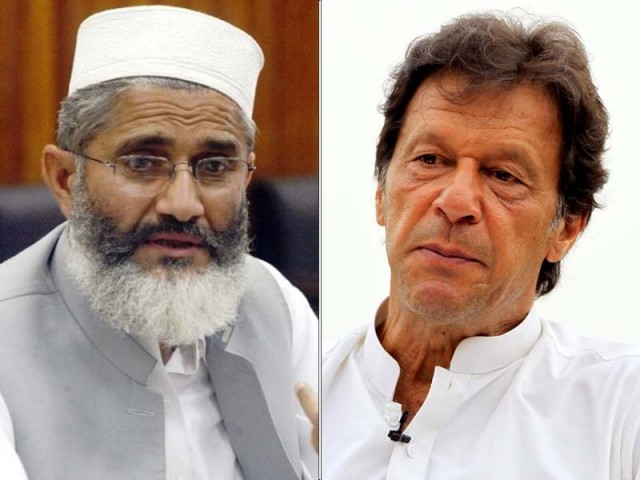 PESHAWAR: Merely 25 days before completion of the government’s constitutional tenure, the Jamaat-e-Islami (JI) on Thursday parted ways with its coalition partner, the Pakistan Tehreek-e-Insaf (PTI), after remaining part of the provincial government of Khyber Pakhtunkhwa (K-P) for 5 years.

This formal parting of ways was announced in a press conference jointly addressed the K-P Chief Minister Pervez Khattak and his cabinet members from the JI at the CM House in Peshawar. Other lawmakers of the JI were also present on the occasion.

“Today we and Jamaat-e-Islami are parting ways. We are setting an example by separating on a positive note. This can’t be found in the history of the country,” Khattak said.

The CM said both parties have remained good partners. He said the JI and its members in his cabinet also did a great job.  “We don’t have any differences and it’s a political partition,” he said.

PTI decides not to end alliance with JI for now

K-P Local Government Minister from the JI Inayatullah Khan said they had signed an 11-point MoU when they joined the coalition and they have achieved all the points during their government.

He said it was part to the MoU to reverse the changes made in the curriculum in the previous government.  The JI also managed to establish higher education institution in Dir, Swat and Malakand, local government setup in the province and to fight for the rights of the province.

“We run the government without corruption and all the appointments in the government were made on merit. We are setting up such a trend in politics which is unprecedented in Pakistan. We are parting ways but not slandering each other,” he added.

He said the JI quit the government as it has joined another setup of the Muttahida Majlis-e-Amal (MMA) and needs to give this new setup some time. We also want to do homework for the general elections, he added.

The JI enjoyed three ministries in K-P government with only 7 seats in the provincial legislature. These included the Finance Ministry whose portfolio was first given to the JI chief Sirajul Haq and later to Muzaffar Said after Siraj got elected as senator.

Inayatullah remained as the local government minister while Habibu Rehman held portfolio of the Ministry of Auqaf and Religious Affairs. The JI chief had become senator with the support of the PTI in the senate polls.