After Obama, a Nobel prize for Trump - or not so fast?

After Obama, a Nobel prize for Trump - or not so fast? 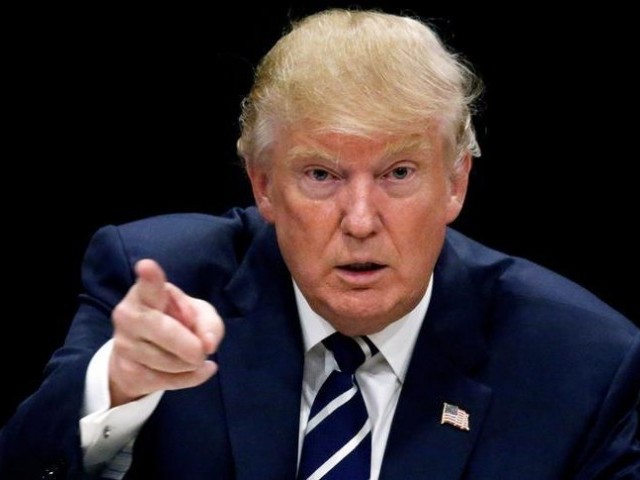 The very idea, put forward by a handful of Republican lawmakers in a Wednesday letter nominating the US president for the esteemed award, is enough to make his American and international detractors cringe.

And many observers have been left flummoxed by a debate widely seen as premature – to put it mildly.

But the whispers are no doubt sweet music to the ears of the 71-year-old businessman, who assumed the presidency with no political, military or diplomatic experience, and whose thirst for recognition is firmly established.

“I just want to get the job done,” he proclaimed, after fondly pronouncing the word “Nobel.”

Three days later in the Oval Office Trump returned to the topic, saying it was “very generous” of South Korea’s President Moon Jae-in to suggest the US leader – rather than himself – was deserving of the prestigious prize.

“I appreciate it but the main thing is to get it done,” Trump said. “I want to get peace.”

The spectacular Korean detente of recent months, with a summit approaching between Trump and North Korean leader Kim Jong Un, and the – still theoretical – prospect of denuclearization, have fed hopes of a historic turning point in the region.

But as remarkable as the imagery and symbolism have been recently, many analysts point out that it is early – very early indeed – to speculate on the outcome of ongoing negotiations with a regime that has been led with an iron fist by the Kim dynasty for nearly 70 years.

“It’s surreal in the sense that it’s clearly premature to be talking about giving anybody a Nobel Peace Prize,” said Aaron David Miller, a former US diplomat and negotiator in several Democratic and Republican administrations.

But “if in fact the diplomacy goes the right way,” the scenario is “conceivable,” he told AFP.

The Nobel chatter also reflects an impassioned debate taking place over the exact role of America’s president in the ongoing diplomatic overtures.

On both sides of the US political divide, the reasoning can border on the absurd, with one camp asserting that Trump played no part in the ongoing detente on the Korean peninsula, while the other attributes it solely to his intervention.

US troop withdrawal not linked to possible peace treaty

In Washington’s fevered political climate – in which “it’s virtually impossible for one party to give credit to the other” – Trump’s personality and “inability to think about the ‘we’ rather than just the ‘me'” is further reinforcing the antagonism, Miller said.

For Trump’s fervent supporters, the looming summit with Kim – all but unimaginable just months ago – is proof that his often-impulsive presidency can break through barriers, change the rules of the diplomatic game, and succeed where his predecessors have failed.

On Wednesday, 18 House Republicans sent a letter to the Norwegian Nobel Committee urging it to consider Trump for next year’s award in recognition of “his tireless work to bring peace to our world.”

For his staunchest opponents, by contrast, the actions of the young administration, Trump’s rejection of many of the pillars of multilateralism, and his bombastic style and vituperations should disqualify him from the Nobel race.

The award of the prize to Trump’s Democratic predecessor, just a few months after he took office, had itself aroused surprise and strong reactions.

“I am at the beginning, and not the end, of my labors on the world stage,” Obama said on December 10, 2009 in Oslo, as he acknowledged “the considerable controversy” surrounding the committee’s decision at the dawn of his first term.

Beyond Obama, three other US presidents have received the award: Theodore Roosevelt, Woodrow Wilson and Jimmy Carter.

Anticipating the Trump-Kim summit, and the protracted diplomatic negotiations that lie ahead, some have opted for a humorous approach.

“The haters and the liars say I don’t deserve this award…. Wrong!” said Milbank’s Trump.

“I was, like, really smart, when I made peace with Rocket Man. By calling him short and fat and saying I would totally destroy him with fire and fury from my big and powerful nuclear button, I got him to negotiate.”